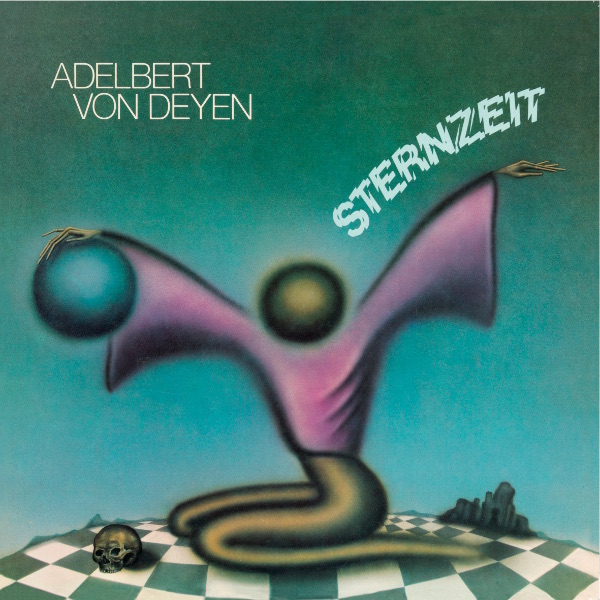 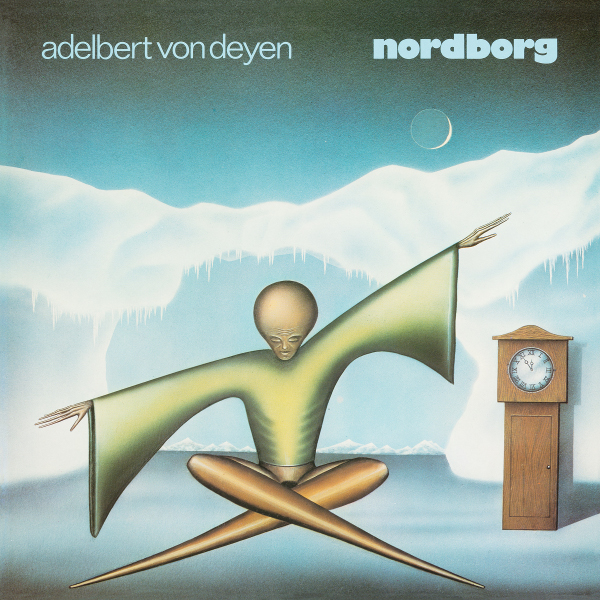 Adelbert van Deyen’s first two albums, 1978’s Sternzeit and 1979’s Nordborg, established him as a Berlin school electronic musician, and contain what is probably his best work. Not only did he take musical inspiration from Klaus Schulze and Tangerine Dream, the artwork on these two albums is similar to Schulze’s artwork on Irrlicht (1972), Cyborg (1973), Picture Music (1973), Blackdance (1974), and Timewind (1975), but not near as dark or surreal, which also holds true for van Deyen’s music. Both Sternzeit and Nordborg contain two long musical excursions into analog bliss with endless harmonic interactions, sustained chords, throbbing drones, and sequencers. Sternzeit’s track one, “Per Aspero Ad Astra,” is mostly floating ambiance that after about 15 minutes picks up the tempo and adds some interesting dissonance. The title track, “Sternzeit,” is excellent with its experimental wall of electronic sounds and high frequency notes that remind me of Norwegian synthesist Rieg’s 1980 cassette Source. Nordborg was inspired by a short vacation to Nordborg on the Danish island Alsen. Track one, “Moonrise,” is van Deyen's electronic improvisation of the moon rising on Nordborg. There are long repeated chords, musical phrases, and slow chord changes. The music does not demand your attention, so it is perfect for relaxation. The other track, “Iceland,” was van Deyen’s interpretation of the blizzard he experienced on this vacation. The music is understandably cold and sterile with its swirling synthetic winds, analog synths (ARP Odyssey), and detached Farfisa organ. These two van Deyen reissues are definitely worth investigating for those fans of the Berlin School.