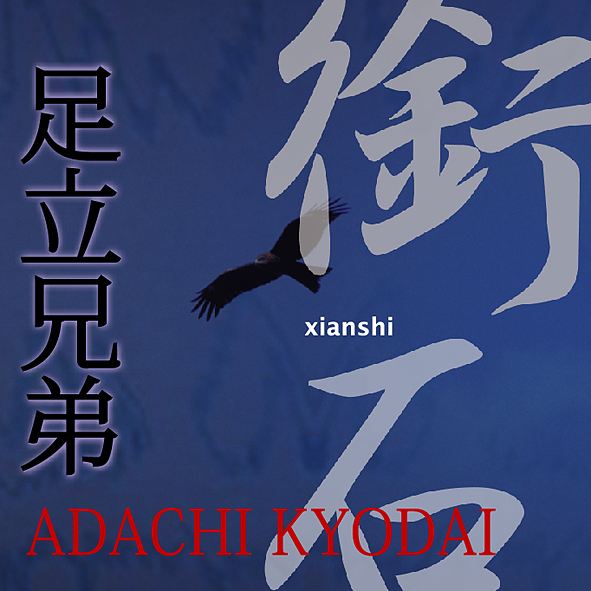 Sort of like Guitar Craft gone wild, these two exceptional sibling guitarists Source K and Ryusuke that make up Adachi Kyodai offer some high-intensity listening as they intertwine their strings and torture their acoustic instruments into freewheeling submission to their amazingly fast hands, fingers, and minds. This isn’t always pretty stuff either; we have loads of dissonance flying everywhere amid the expedient licks written mostly by Source K, although some vaguely familiar cover tunes (a vocal number from the first Roxy Music album, a Jethro Tull song, and an unbelievably speeded up performance of the traditional “Sailor’s Hornpipe”) join the originals here and there across the eleven tracks. About those vocals… well, let’s just be thankful that a full nine of the tracks here are entirely instrumental. If a comparison had to be made, much of this might fit well somewhere between late ‘60s acoustic McLaughlin and modern day Shawn Persinger, with a touch of California Guitar Trio sweetness thrown in here and there. My only criticism would be the same of any ensemble with such a narrowly focused style; after about 25 minutes I find myself really wanting to hear something other than two guitarists racing up and down the fretboard at warp speed; perhaps a little more variety in the instrumentation or pace would help some. Nonetheless, these are amazing performances.