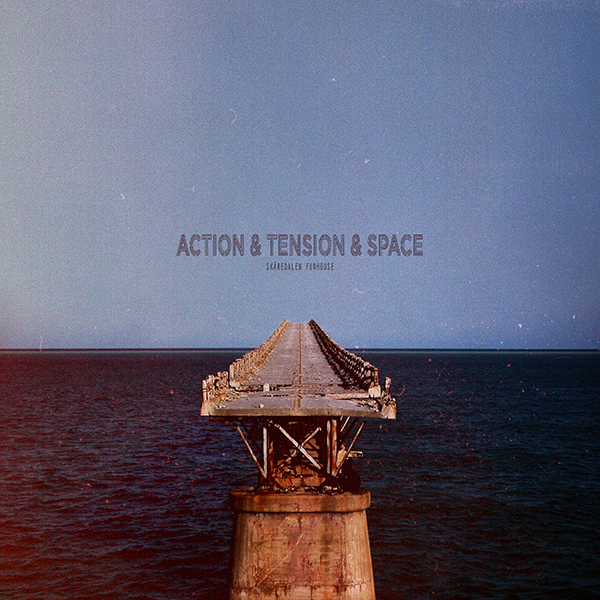 Action & Tension & Space is a band which to a certain extent has a name that describes its style. This instrumental music has elements of surf (Action), post rock (Tension), and space rock (um, Space), and a bit more besides, leading to an appealing sound that’s not quite like anyone else. I’ll admit this album didn’t grab me on first listen, but it’s grown on me since then, and I’m glad I gave it a chance. In addition to twangy surf-style guitar, there’s a lap steel prominently used, though with more of a blues sound than country or Hawaiian. It’s often got reverb and echo for a super spaced-out sound. There’s more than a little “Set the Controls for the Heart of the Sun” vibe on the tune called “Echo Echo Echo Ech!” And “Lone Stranger” is almost like a lounge band from outer space interpreting an Ennio Morricone soundtrack. The use of upright bass gives the music a flavor that’s different from most other bands, and it’s an interesting combination with the electric guitars and the keyboards. An organ with that 60s sound (Vox, Farfisa) is the most noticeable keyboard. Sometimes the band gets into a hypnotic groove and I almost expect to hear Jim Morrison reciting poetry. Rather than being arranged into sections where different instruments take solos, the tunes ebb and flow organically. Listeners who demand structure in music might be put off by the amorphous arrangements, but they possess a charm of their own and lead to a kind of coherence that works in their favor. No flashy pyrotechnics here, just a constantly morphing groove.

Skies Should Be Tangerine, Not Grey