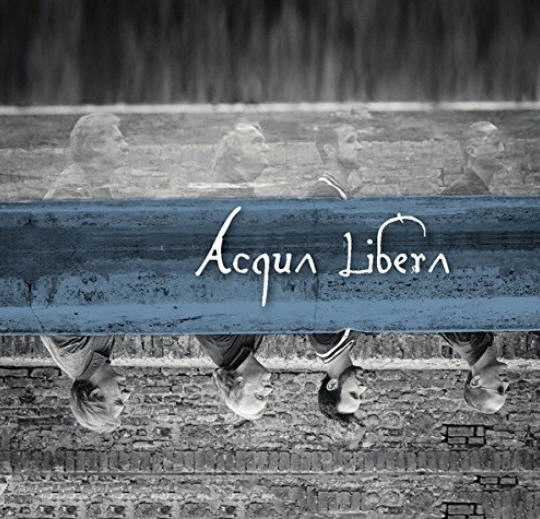 We have often reviewed albums by bands who were together back in the good old days playing progressive rock, but for whatever reason never got their chance to record or release anything, and then later got back together to give it another go. Acqua Libera is a project which is a variation on that theme. In the 70s there was a group called Livello 7, and another in the 80s called Juice Quartet. Neither band recorded anything, but former members from these two bands, many years later in 2013, formed the new band Acqua Libera, the intent to be a purely instrumental unit, and they brought three songs from those bands’ repertoire forward and reworked them, adding five new originals, for a total of eight. The band members are guitarist Fabio Bizzarri, drummer Marco Tosi, bassist Franco Caroni, and keybordist Jonathan Caradonna. The five new originals are either band written, with two written by bassist Caroni, and the three older tunes are credited to those respective bands. Withouta lot of fanfare, the band released this themselves at the end of 2016, and the following year BTF picked it up for distribution, but even at that, this gem seems to be little known.

Right out of the gate, the six minute “Tempi Moderni” defines the band and introduces each of the players, their sound could be described as a fusion of melodic progressive rock and jazz-rock, obviously drawing from the players roots and respective influences. Things get even tighter with “Nautilus,” with a propensity for odd rhythms and undercurrents, with regular duels between solo guitar and keyboards. “Alla Luce della Luna” is the first of two Livello 7 cuts, and offers bassist Caroni the first of many opportunities to show what he’s made of, as the rest of the band spins out in slow groove fusion building to a number of fevered climaxes over its nine minute duration. Caroni, throughout so many of the pieces here, uses his bass as a primary melodic instrument, not unlike the great Pekka Pohjola, with hints of Antoine Fafard (Spaced Out), Michael Manring, or Percy Jones. Another highlight is “Sans Tambour ni Musique,” one that’s a bit more piano driven with a strong bottom end, making for a fresh and spirited take on the jazz-rock style. Caroni's composition “Quo Vadis” offers a memorable melody for keys and guitar to share, while the bass is popping and chopping through the rhythm figures with Tosi. The closer “Prog Mood” is the second Livello 7 re-working, and it’s title describes the piece perfectly, with a chance for every player to spend some time in the spotlight. All taken, this is a pretty solid first effort from a bunch of guys that certainly haven’t lost their chops over the years.