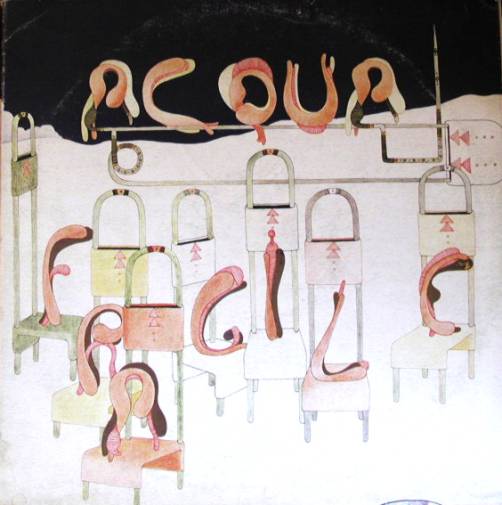 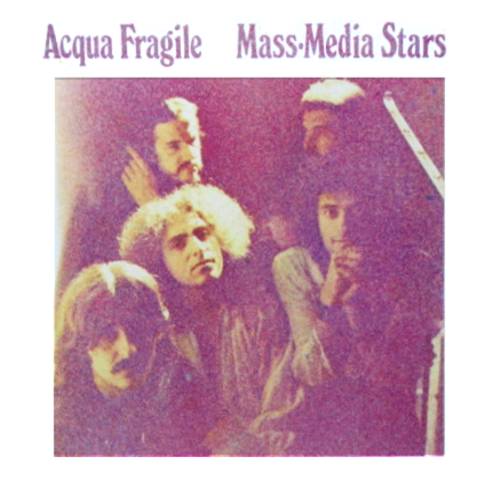 Acqua Fragile is best known as the band that featured singer Bernardo Lanzetti prior to his joining PFM in time for their Chocolate Kings album. But in fact from their very beginnings, Acqua Fragile was mentored by PFM, toured with them, and also opened for other British acts touring Italy. Unlike most Italian bands of their day, they wrote and sang their lyrics exclusively in English; Lanzetti having studied as an exchange student in Texas as a teenager during the 60s, and returning to the States a few years later gave him an edge writing the band's lyrics on their 1973 debut, while the compositions were handled by drummer / guitarist Piero Canavera. Lanzetti also played acoustic and electric guitars, and the band was rounded out by three additional members on guitars, keyboards, and bass, with vocal harmonies shared by most band members. That first album is an outstanding effort all around, but does show its influences; Gentle Giant, Crosby Stills & Nash, and PFM are most evident among them, and with Lanzetti's vocal style, some comparisons to Family's Roger Chapman are inevitable. The eight-minute closing track "Three Hands Man" is a very impressive integration of all of Acqua Fragile's best tendencies. This is an excellent album, and probably my favorite of the two.

For their second album, Mass Media Stars, the band remained the same as on the first album, with the songwriting team of Canavera and Lanzetti intact. For reasons unknown, they enlisted the services of Marva Jan Marrow to assist with the lyrics; some may disagree, but a quick review of the lyrics to "Coffee Song" or "Bar Gazing" will confirm that in some cases the new arrangement was not an improvement. In addition to previous influences, the band seems to be channeling Yes on some of the cuts here, especially notable on the opener "Cosmic Mind Affair," the title track, and "Dear Professor," mostly manifested in the vocal harmonies. That said, the band seems to have a stronger identity and purpose on their second effort, rocking effortlessly with a sure-footed excellence that their debut only sometimes hinted at. Lanzetti’s voice is more out front and commands their sound boldly. Despite a US release of the second LP, the band never made much of an impact in the States, and after Lanzetti was offered the gig with PFM, the band slowly fell apart. A new singer was found, but there were no further releases other than a very poor sounding live album released years later that was recorded in 1975 just prior to Lanzetti’s departure. Today these stand as two respectable artifacts of a band that went against the grain in their homeland by recording in English, hoping to attract an international audience.