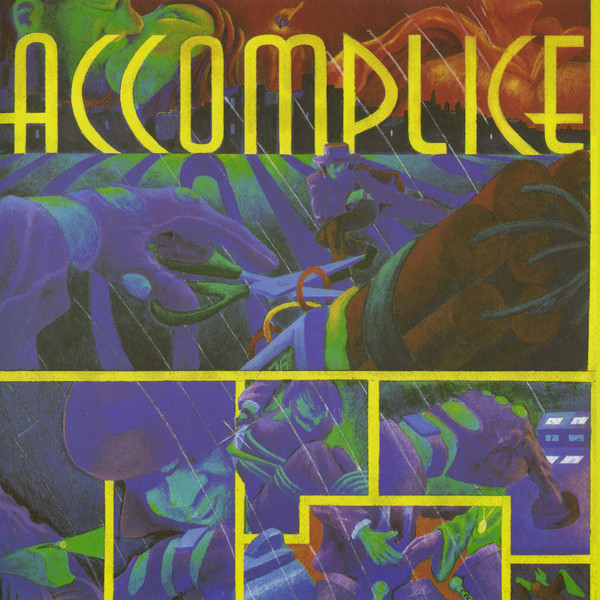 This LA band's self-titled debut is a combination of 80s hard rock, melodic arena rock, and progressive-metal. Think of a cross between Iron Maiden, Dokken, and Savatage and that will put you in the ballpark of what Accomplice can sound like. Some of their more melodic sections really bring back memories of those mid-80s groups like Tesla and Dio. But, that's not all they sound like. They mix it up more than those bands did. It's quite different to hear a power ballad adjacent to a heavy song in 11, but Accomplice does just that. The songs run the full spectrum from very simple melodic ballads to fairly complex progressive-metal. They might be called neo-prog too, but their singer cranks more than any neo singer could. Vocalist Stephen Green can really belt out a tune. He has quite a range and power to spare. The other musicians are quite solid too and the melodies are balanced well between the keyboards and guitar throughout. Some of the guitar solos shred in an Yngwie sort of way, then the next thing you know, there's acoustic guitars and piano playing. Those who enjoy any of the groups mentioned above would probably like Accomplice. They can sound a bit nostalgic, but they certainly don't sound like most other rock bands these days.