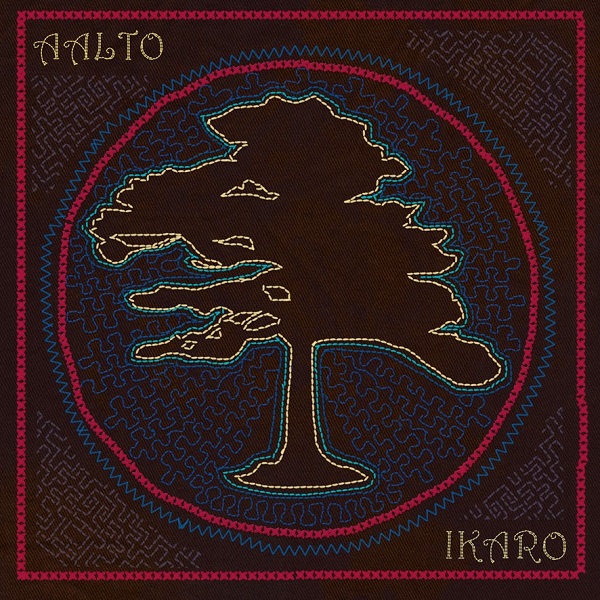 The world music frontier hosts a seemingly endless array of combinative variations pulling in diverse influences from many different cultures. Add to that the influence of jazz, psychedelic music, rock, traditional folk and one can end up with a potent stew of endless possibilities, which is what keeps this style of music interesting. Enter Aalto, a Finnish sextet with a couple previous releases (they aren’t counting their eponymous first CDR release from 2008 when they say that Ikaro is their second album after 2012’s Tuulilabyrintit) and an open minded take on pan-cultural folk music, which in their case includes elements of jazz, psychedelic and experimental leanings. Between the six members, they cover female and male vocals, sitar, guitar, banjo, mandolin, mandola, tamboura, kantele (a Scandinavian zither), clarinet, bass clarinet, doshpuluur (a three-stringed Tuvan lute), didjeridoo, drums and percussion. The eight tracks pull together a lot of influences well beyond the folk music of their native Scandinavia, but it is there as sort of a centering point for all of what they do. Many of the vocal passages are wordless, with an almost Native-American character. One may hear what seem to be the influences of those who have gone down this path before: Oriental Wind, Piirpauke, Embryo, and others, and then there are those powerful psychedelic and progressive influences at many points throughout, that hint at the music of Gong, Dzyan, Pentangle, and even King Crimson. For those looking for a powerful, primarily acoustic take on world music mixed with folk and plenty of adventure, this one is for you.