A Phenomenological Phishing Expedition —
A Profile of Phish 1995 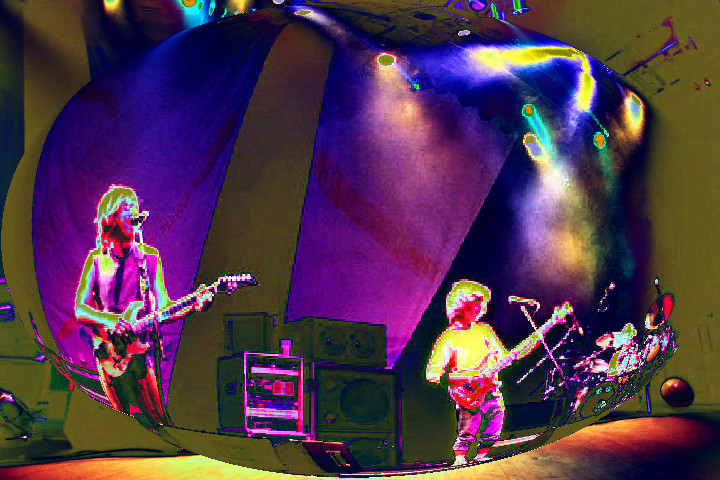 The phenomenon of Phish is a bit of an enigma. Playing music that for the most part ranges from not-particularly-commercial to wildly eclectic to seriously challenging, they are selling out large venues and even setting concert attendance records across the country. But while their fanbase has grown exponentially over the decade or so of their existence, they continue to receive little more than token mention in the music press, and what mention there is often tends to be horribly misguided and misinformed. So what is it about Phish that fans find so addictive yet critics and the music community as a whole seem to find so ungraspable? 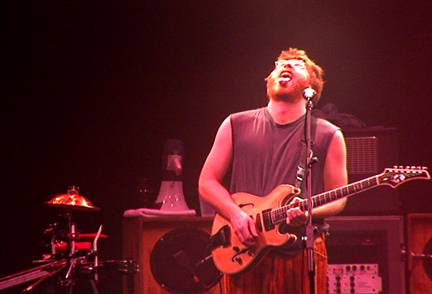 Perhaps it has to do with the fact that Phish, as much as any other rock group past or present, is a live band. So much of what they are is defined by the variety and unpredictability of their live performances that it is impossible to get a feel for what the band has to offer solely from their studio output, or even from a single live performance. In contrast to almost every other touring band, Phish's repertoire on any given tour consists of over 150 tunes, any of which can pop up at any time; nearly two thirds of these, including a good number of their best tunes, have not been, and may never be, released on a studio album.

Perhaps it also has something to do with the medium of their popularity growth; most bands who find themselves filling large amphitheaters night after night receive their exposure bouncing around the airwaves on the radio or MTV. But Phish has grown almost exclusively by word-of-mouth, reaching new fans through their constant touring and the prolific distribution of tapes of their shows. Maybe this is how they can sell out a show at Madison Square Garden in about an hour, yet still have hordes of New Yorkers wondering, "Who's Phish?" 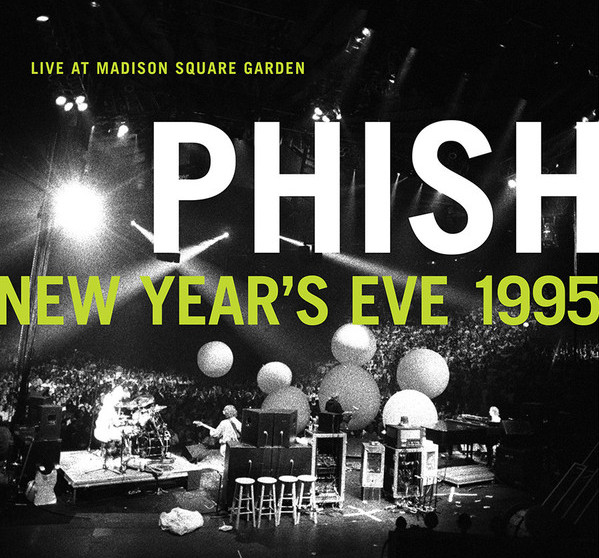 So who are Phish? And if they're selling out Madison Square Garden, why are they being discussed in a progressive music magazine!?!

Phish have been compared to a variety of bands over the years, but as with many comparisons, Phish's touted musical resemblances generally prove to be less than adequate descriptors. And for the band, the comparisons also sometimes carry with them the indignity of being dismissed as simply imitators of so-and-so. Yet, people yearn for comparisons of the unfamiliar to the familiar. So for those who are not yet familiar with Phish, I'll grudgingly indulge, and profess that there are some strong similarities between Phish and Frank Zappa. Even so, the strongest similarity is probably in the fact that neither Phish nor Zappa can truly and accurately be compared to anyone else.

Zappa's legacy lies both in the breadth of his musical explorations and in the depth of his performance ethic, which stressed endless variety and top notch musicianship, coupled with a solid dose of humor and conceptual continuity. Phish combines all this, and perhaps even more; like Zappa presenting it all with the group interaction and improvisation of jazz, the energy of rock, and the complexity and adventurousness of progressive and avant-garde musics. 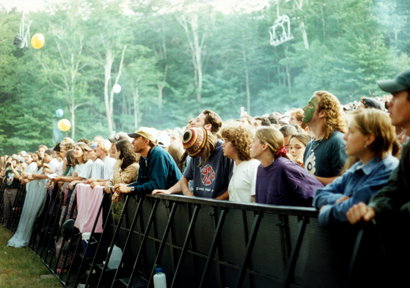 Within the confines of the typical rock quartet lineup of guitar, bass, drums, and keyboards, Phish manages to create a surprisingly diverse tonal landscape. And with stylistic influences including rock, jazz, blues, bluegrass, bigband, funk, reggae, metal, classical, latin, and even punk, they cover an impressively vast musical landscape as well. Like Zappa, Phish's musical bouillabaisse finds expression in songs ranging from the simple and straightforward to the relentlessly complex, with plenty of room left for improvisation and jamming.

To break from the Zappa comparison, though, Phish are much more willing than Zappa ever was to take extraordinary risks on stage, musically or otherwise. Their version of improvisation more often than not goes way beyond the typical jazz concept of soloing over a static and predetermined harmonic progression, instead involving group harmonic and structural changes that on a good night come closer to spontaneous group composition than traditional improvisation. Indeed, one of the band's ultimate goals is to be able to improvise an entire concert that is as musically stimulating and engaging as if all the notes had been carefully composed beforehand. This doesn't sound like the kind of thing that should be sweeping the ocean just like the Mud Shark. Yet something about Phish is inspiring countless people to go out of their way to see as many performances as they can. 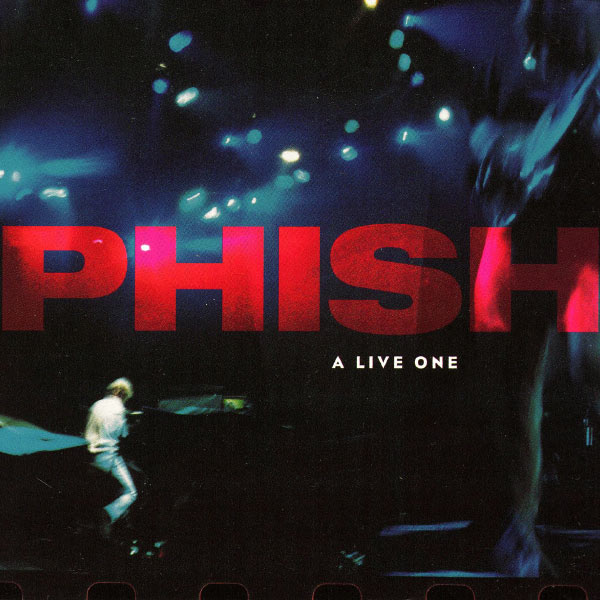 Why would anyone want to do that, you ask? For some it's the variety; the fact that one can see four shows in a row without hearing a single song twice, and without hearing even half of the band's repertoire. For others it's the improvisation, which is inherently always different, usually quite impressive, and in one form or another can occupy upwards of half of a three hour concert. For still others it’s the spontaneity; the fact that anything can happen at any time, from the elusive appearances of the Giant Country Horns or the Dude of Life, to the frequent guest spots of "whoever else happens to be in town that night," to the impromptu mutant song splicing which can produce songs within songs, lyrics to one song melded with the music to another, and other assorted craziness. And finally, for some it’s simply because, in spite of (or perhaps because of) everything going on with the music, Phish don't take themselves too seriously, instead performing each show with a sense of humor and a connection with the audience that makes it just plain fun to be there.

Of all the things I find enjoyable about a Phish performance, one that still has me a bit perplexed is how the level of excitement in the audience elevates as the "statistical density," to borrow Zappa's phrase, of the music increases. Just looking around during a show, one probably wouldn't peg a majority of the fans as folks who would necessarily get overly excited about fugues, canons, polyrhythms, or even simpler contrapuntal ideas. But Phish's most popular and cherished live performances are unanimously their long, well-developed journeys through complex orchestrations, intricate free form improv, and spontaneous and unpredictable randomness. 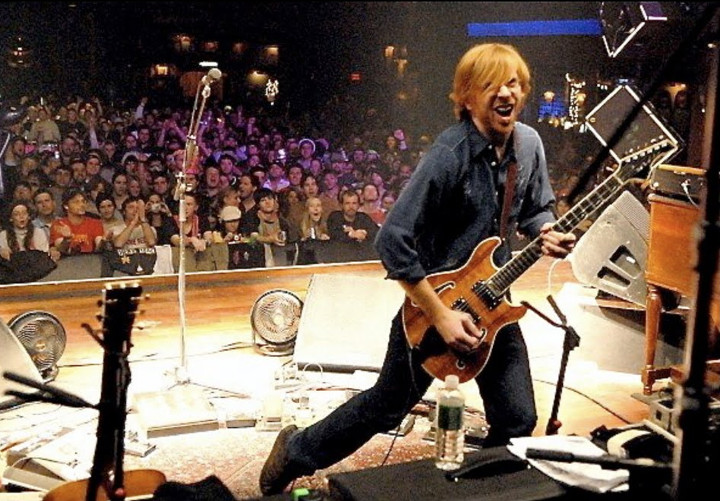 However Phish managed to arrive at this situation, having a nightly horde of thousands encouraging them to pursue their more experimental musical inclinations, they stand poised to make the most of it. Indeed, one of their professed goals has been to slip complex music past sometimes unsuspecting ears, and in the process broaden their audience members' musical aptitudes. "People's attention spans and ability to listen are being systematically lowered by TV," guitarist Trey Anastasio believes. "Kids in high school are not encouraged to listen to classical; they're scared of the sound of an orchestra. Serious music isn't cool." So with their stylistically diverse and musically heady shows Phish seek to evoke intellectual as well as visceral responses from their growing masses of fans. "You can come see us live, and dance around to the beat, if you want. But we're also presenting something to the people who want more substance."

So Phish may be maddeningly eclectic, but are they prog? This question has, and probably will continue to be argued, at least in progressive circles. In the end the whole discussion seems at least a tad silly. Phish are obviously a multitude of things. There are those who would consider Phish's mix of eclecticism, complexity, and virtuosity to be quintessential prog, while there are others who would say that any band that plays bluegrass or sings an a capella version of "Freebird" could never be considered prog. Both points of view are valid, at least until everyone agrees on a common definition of prog... Ultimately Phish is Phish. And that's basically akin to saying Zappa is Zappa. With music of this breadth, to be any more specific in terms of labels gets too complicated, and too misleading, too quickly. 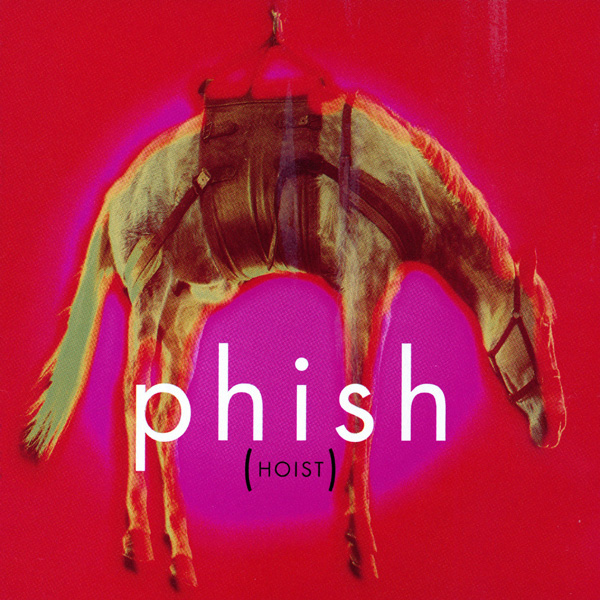 Perhaps a more interesting question to consider would be, what are the potential implications of Phish's success for prog bands? To wit – here is a band playing challenging, complex music, making it on their own terms in the music industry. That's pretty close to the heart of every prog musician's dream. Phish's major label deal with Elektra happened more or less by accident; record companies became curious about this unknown group that was posting some impressive ticket sales figures, and started paying attention. Despite initial reservations on both sides, the relationship has so far proven symbiotic; though the most recent album, Hoist, reflects some music industry business-as-usual, the label seems to have accepted the fact that musicians will be musicians, so to speak, and they're not necessarily expecting Phish to deliver any more radio ready singles. Echolyn, a band considered to be progressive by most everyone's standards, recently signed a major label deal even without the benefit of the throngs of fans that helped make Phish so appealing to the labels. So maybe there are a few havens in the music industry where music for music's sake is truly appreciated after all.

Regardless of how one feels about whether prog, or any other type of music, would fare better or worse being above ground supported by the music industry as opposed to underground scorning it, Phish's success means that there are a lot of people out there listening to complex music, and enjoying it. I have played contemporary prog such as Änglagård, Anekdoten, Deus Ex Machina, and Echolyn for folks in parking lots before and after Phish shows, and contrary to what one might expect from your average Generation X rock fan, the responses generally range from favorable intrigue to "How do I get that album?" So despite what many prog naysayers may claim, there likely is a significant and growing fan base out there for a variety of, how shall we say, more musical rock music.

When a dizzying, dissonant Phish jam slowly mutates into a fusionesque romp through an old jazz tune like Parker's "Donna Lee" or Mingus’ "Jump Monk," I can't help but smile, not only for the joy of the musical moment, but also because the accompanying burst of cheers from the crowd means that most folks are also recognizing what's happening in the music; they're listening – and understanding. And that may prove to be one of Phish's most significant accomplishments; not only opening up ears to more complex musical ideas, but also providing a bit of a musical education for their substantial audience.