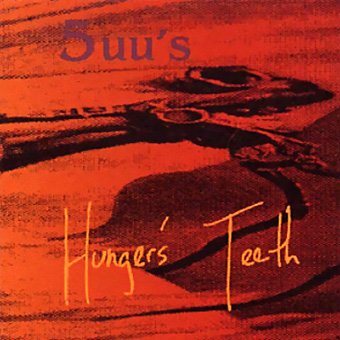 Asia - Asia / Armed to the Teeth – I don't understand why I'm reviewing this in Exposé... maybe it's the Mellotron? Without being too judgemental on a genre that I inherently dislike in the first place, the 70s American hard...  (1996) » Read more

Coyote Oldman - House Made of Dawn – This duo of flautists, Michael Graham Allen and Barry Stramp, creates a music far beyond that of the acoustic instrument. Processed through a myriad of effects, the tones of the flute create music of...  (2000) » Read more

Nurse with Wound - Rock n Roll Station – Somewhere within the seven pieces that comprise Rock ‘n’ Roll Station a sadly conformist aesthetic emerges, apparently in conformity with its own tradition of non-conformity. The main...  (2008) » Read more

Herb Alpert & The Tijuana Brass - The Lonely Bull & Five Others – “You hear three notes and you know it’s Herb Alpert,” remarked Miles Davis in a 1989 interview. That isn’t at all surprising considering Herb Alpert and the Tijuana...  (2006) » Read more

Alan Stivell - Brian Boru – Anyone who doesn't recognize this name is definitely sticking too hard to certain genres, as Alan Stivell is a legend — and as deserving of praise as any other individual musician I could...  (1997) » Read more