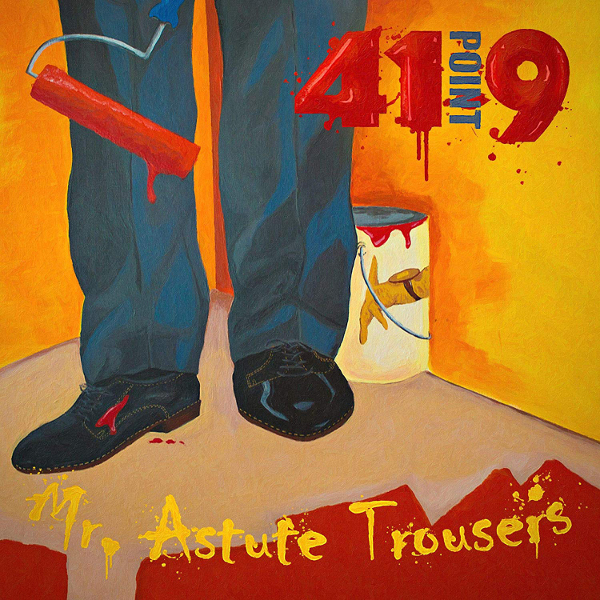 There was a day when I would have called much of 41 Point 9’s music “radio friendly,” but I’m not sure what that means anymore. While a couple of the tracks stretch beyond eight minutes, they’re more like extended pop songs than complex progressive epics. While there are a few trappings of prog, this is solid pop-rock songcraft executed expertly by a team of skilled musicians. Lead singer Brian Cline has a pleasant and engaging voice, and the arrangements showcase it nicely. The guitar often has a bit of a metal flavor, and combined with the sometimes-funky bass, gives the music an energetic sheen. Keyboards are prominent, with both piano and synths used widely. The production is crystal clear, and most of the music is quite earnest, belying the album’s whimsical title. It’s all so well made that I’m almost reluctant to admit it leaves me cold. I’ve listened several times trying to put my finger on the issue, but all I can say is that it’s just too precise and perfectly played, with little hint of spontaneity or chance. I know there will be lots of listeners who will eat this up and enjoy the craft that went into the soaring melodies and meticulous arrangements, but it doesn’t do much for me.