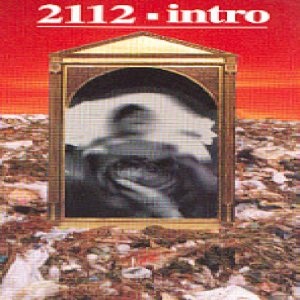 For those who like the hard metal edge of progressive rock (Dream Theater, Asgard, Vienna and such) and those who like that style with Spanish lyrics, the debut album by this Argentine four-piece of guitar / keyboards / drums / bass should be most welcome. Despite their name, I don't detect an overwhelming amount of Rush influence as such, just an occasional Lifeson style chord change or something, nothing that would label them derivative. A powerhouse of energy, their sound is fairly accessible, and the compositions interesting – hard edged yet with plenty of catchy melodic hooks. Vocalist / bassist Lucho Passeri is right at the limits with his voice most of the time, yet for the style of music they play it's very appropriate. The prominently featured keyboards, the variety of styles, and the regular structural changes within the eight tracks keep it from being too much of a headbanger show. Well done, certainly an impressive debut from a band we'll hopefully be hearing more from.

U.K. - Concert Classics Volume 4 – I was pleasantly surprised to find a copy of this live series disc at a local SF Bay area shop in the bin with the regular monthly releases. Considering that Volume 4 had supposedly been pulled by...  (2000) » Read more