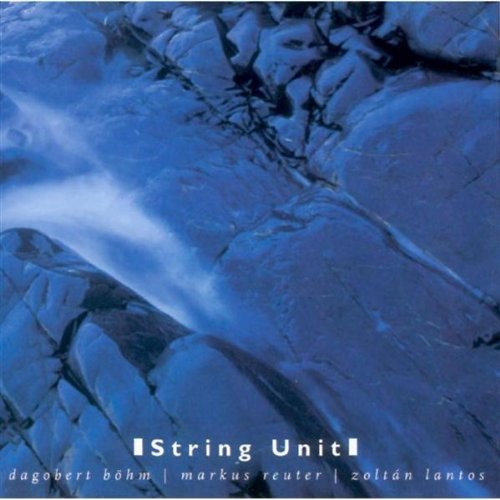 Here’s an album and ensemble that is more than the sum of its parts: a startling reflection of a multi-ethnic modern world tempered by a very wooden traditionalism. Dagobert Böhm (acoustic guitar), Markus Reuter (Warr-type touch guitar), and Zoltán Lantos (five-string violin) combine to create a style of modern ethno-jazz with nods to Oregon and Shakti while never mimicking either. Each of these musicians is worth seeking out for their solo work or contributions to other ensembles, but here they combine to create a set of compositions that has been described as “ambient world jazz.” Böhm has clearly studied Robert Fripp’s work, evidenced in his melodic lines that skip bravely across notes and strings, as seen in “Half a Waltz” and “”The Lake.” Lantos’ fondness for sinewy Indian and Middle Eastern modalities and microtonal phrasing is heard in “Interlude” and the opener “Indiaespara,” where the exotic merges with Western modernism via Reuter’s playing that echoes Tony Levin’s Pieces of the Sun. Elsewhere Lantos delves into more traditional jazz violin in songs like the lazily swinging “Nightbirds.” Some of the pieces can verge on the moribund, though this is balanced out by just enough liveliness, as in tracks like “The River,” to revive listeners out of their acoustic stupor. The disk closes nicely with “Time,” a lengthy blend of ambiance and exoticism where Lantos’ free form playing conjures the emotive intensity of Peter Gabriel’s Passion album, and the trio handily encapsulates all this worthy album has to offer. Recommended.