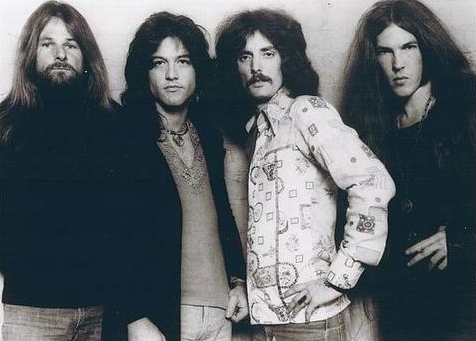 The original line-up for Captain Beyond was singer Rod Evans (ex-Deep Purple), drummer Bobby Caldwell (ex-Johnny Winter), guitarist Larry "Rhino" Reinhardt and bassist Lee Dorman (both ex-Iron Butterfly), and keyboardist Lewie Gold. Gold left due to personal reasons before the first album was recorded. The remaining line-up recorded the self-titled debut album, released in 1972. Multiple personnel changes followed, and a second album was released in 1973. The band reformed in 1976 with Willy Daffern on vocals, and Bobby Caldwell, Rhino, and Lee Dorman completing the line-up. They recorded the band's third album, but broke up in 1978. Reinhardt and Caldwell reformed the band in 1998, and a version of Captain Beyond has remained active intermittently since then, with Caldwell carrying on after Reinhardt's death in 2012.

Website
Not on file
Related articles (1)
Releases on file (4)