Cold Fairyland has emerged as the preeminent Chinese band fusing traditional music with progressive rock, touching on folk, jazz, pop, and New Age along the way. The band started as a home recording project by Lin Di (pipa*, keyboards, voice) and Su Yong (bass, guitar) and soon developed into a band. The name came from the Chinese title of the novel by Haruki Murakami known in English as Hard-Boiled Wonderland and the End of the World. Since 2001, there have been three albums released under the band's name, two Lin Di solo albums (both of which feature band members), and another Lin Di solo album under the name Miyadudu. The band currently consists of three couples: Lin Di and new bassist Seppo Lehto; drummer Li Jia and cellist Zhou Shen'an; and guitarist Song Jianfeng and keyboardist Xi Jin'e.

I would like to thank Lin Di and the others for taking the time to answer my email questions.

I have read that you started studying pipa at age 4. Were there other members of your family who played musical instruments?

LD: Nobody played music in my family. I got picked to study music when I was in kindergarten. There was a teacher who came to each school to pick kids to study music, and he picked me. I was the only one who got picked at my school.

How about the others? What are your musical backgrounds?

LJ: My father is an erhu* player. When I was four years old, I began to play erhu, and at ten started studying drum kit. Then at 12 I started to learn Peking Opera percussion.

ZS: At home there weren't really any musicians, but my father used to play clarinet. When I was four I started studying piano, and at ten the cello.

SL: My father played several different instruments. I started playing when I was 11 years old.

SJ: My grandfather played the dizi*. I started playing after finishing middle school.

XJ: At age four I started to study keyboard.

Before starting Cold Fairyland, what musical activities did you participate in?

LD: I started arranging music when I was 16 years old, working for a MIDI company. I made MIDI music and they paid me. I started writing songs at 14, just a hobby, didn't really treat it as a business. Before CFL I had already written a hundred songs. I was also working in an educational music record company, but basically I was doing my own stuff at home with no real daytime job. 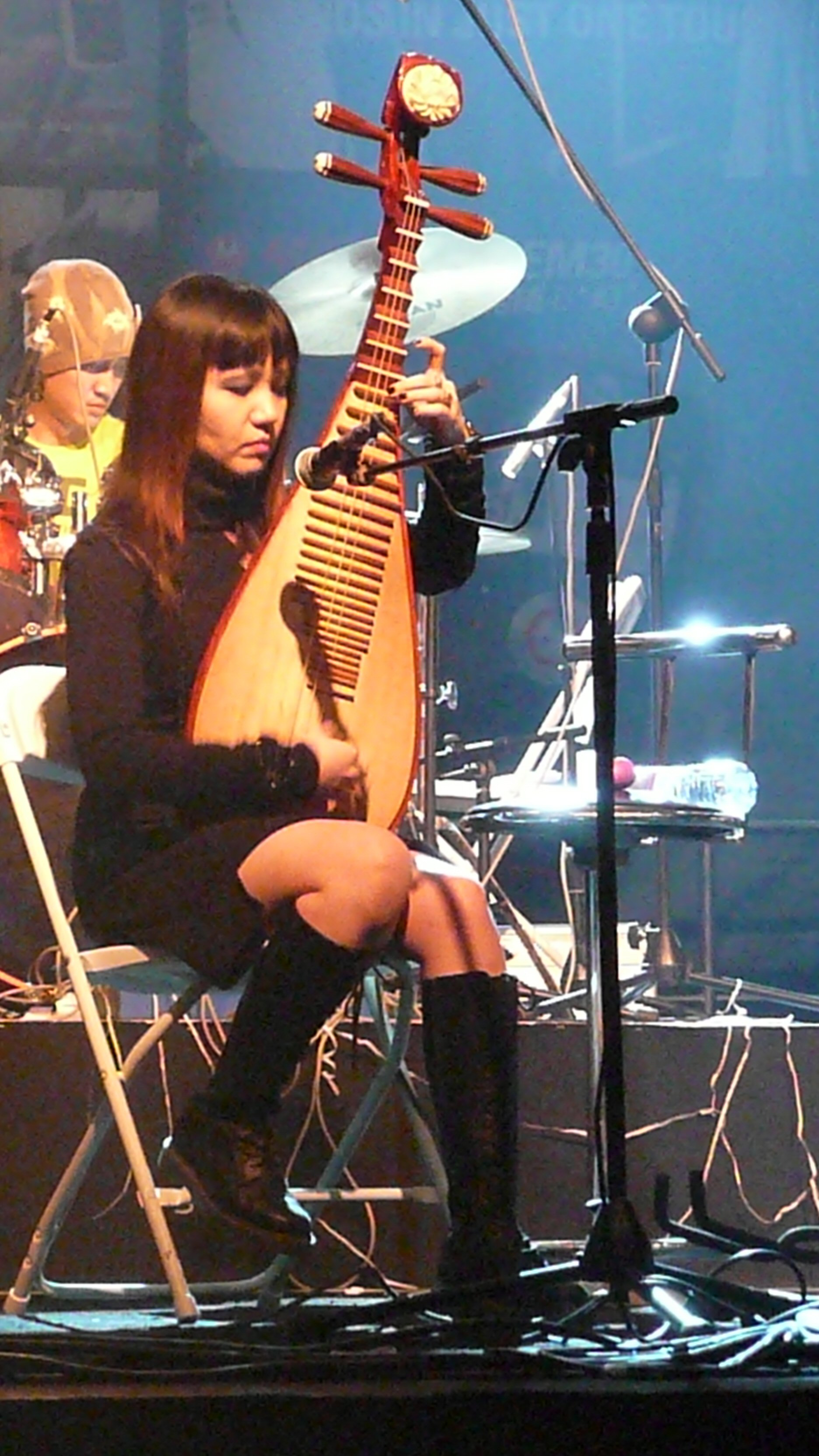 LD: He was working at the educational music record company too back at that time.

When you recorded the first album, did you think a record label would be interested in your songs?

LD: I had a lot of friends who were record company people, and knew them very well. I didn't want to follow their path — I just wanted to do my own music. They asked me to write some pop music, mostly copying some popular style, which I hated.

How did it happen that Liu Xing asked you to compose Ten Days in Magic Land? Why was it released on a Taiwan record label?

LD: Liu Xing was a producer who liked my music very much a long time ago. We were both free, nothing to do, so we decided to make an album and sell it to Taiwan. Ten Days and Bride were both like that. Only a Taiwanese record company was interested in new Chinese music... what a shame.

How did you meet Li Jia, Song Jianfeng and Zhou Shen'an?

LD: Li Jia was a drummer in the first year when Su Yong and I played with two other musicians in a cover band to make money. We played in hotels, bars, even in the street. We were just doing copy music at that time. Song is a guy I found online, maybe he found us. We didn't have a guitar player, so I posted on a BBS and my website. He sent me an email, and then joined. Zhou is Li Jia's girlfriend — she always came to see us practice. So the first time we had a chance to travel to another city, we put her in.

Seppo, how did you meet Lin Di and Cold Fairyland?

SL: I saw CFL play 2005 and thought they had cool and unique sound. Lead singer Lin Di was also cute and talented, so later in 2006 I looked her up from the internet.

What does "Miydudu" mean? Why do you sometimes use this name and sometimes your real name?

LD: Miyadudu is my first nickname. It is more personal and private than the official Lin Di name. Under this name, the music or art work can be more easy and relaxed, as a personal game.

In the Bride in Legend booklet, you wrote that some songs were Cold Fairyland tunes. Were these songs performed by the band before you recorded the album?

LD: Only "Mosul" [called "Mula-shabel War" on the album — JD] was performed before we recorded Bride in Legend.

For music, do you think Shanghai is a good place? How many venues are there for you to play?

LD: Shanghai is OK, better than a lot of other cities, but not as good as Beijing. Right now altogether there are about four or five places we can play, but all of them have problems. There is no perfect place.

Where does your music come from? What inspires you?

LD: My music comes from my nature. I can write non-stop if I have enough time and no need to do other stuff.

LJ: Foreign tapes and CDs, like Guns and Roses.

ZS: From the accumulation of everyday life. Music has inspired me from an early age — when I was young I liked to listen to jazz, music with strong rhythms. This might be because of my innate sense of rhythm.

SL: Wherever I want it to come from. I look or think something and decide that's worth a song. The whole process of writing, playing, recording, mixing and making it work live with all the technology that was used in the studio.

How is the music arranged? Do you arrange it all yourself, or does the band work together to do it?

LD: I usually compose and arrange everything. Then if the band wants to practice a song, they listen to the demo and add their thoughts, or we change it more to play it live. But with Seeds on the Ground, I wrote every note on paper.

Cold Fairyland has played outside China a few times. When will you again travel abroad?

Do you have new music? When will there be a new album?

LD: I already have a lot of new songs ready, but we have some life issues, and maybe this year we can't record or perform because two of the girls in CFL will have babies this year.

When you write music, how do you decide if it is Cold Fairyland band music or your own solo music?

LD: Basically every song is mine. CFL can pick the songs they like and change them and play them. The rest of the songs are mine. When I compose, I will think of the instruments set up for CFL, but it is not limited in any way — that is my music.

Aside from Cold Fairyland, do you have any other musical projects?

SL: I could have but usually I don't have much extra time. The level I do things requires a bigger organization, otherwise it's just not worth doing it.

SJ: I am a sound effects technician.

dizi — a wooden transverse flute with a vibrating membrane

Edward Artemiev - Invitation to Reminiscences – At first you may think you’re listening to Vangelis, but synthesizer pioneer Edward Artiemiev’s music comes from a different place and sensibility: a subtle Russianness underlies much of...  (2011) » Read more