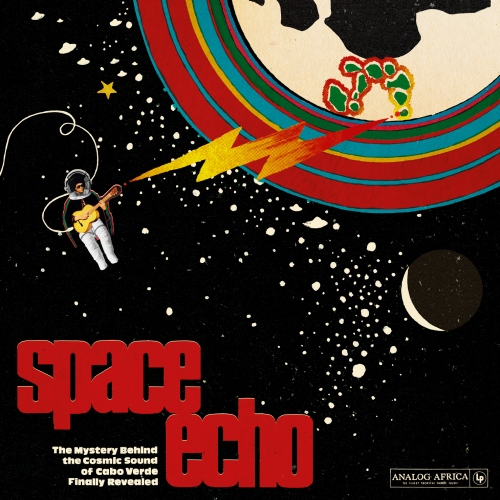 Cabo Verde aka Cape Verde is an archipelago of 10 volcanic islands 350 miles off the coast of West Africa. It was uninhabited until Portuguese explorers discovered and colonized it in the 15th century. Portugal retained control over the islands, incorporating them as an overseas department in 1951. The islands continued to sue for independence, which was peacefully granted in 1975. In 1968 a cargo ship bound for Rio de Janeiro loaded with then state-of-the-art keyboards and synthesizers (Rhodes, Moog, Farfisa, Hammond, and Korg) mysteriously disappeared the day it left port. This cargo was for the Exposição Mundial Do Son Eletrônico Exhibition, the first of its kind for companies to present their newest synthesizers and other gadgets to a growing South American market. A few months later villagers on Sao Nicolau Island found a stranded and abandoned cargo ship. They scavenged the ship and opened the cargo containers to discover hundreds of musical instruments that they had never seen before, mostly useless to them due to the absence of electricity. So they distributed the instruments to mainly schools who had electricity, putting them into the hands of naturally inquisitive children, thereby modernizing the local rhythms such as Mornas, Coladeras and the highly-danceable music style called Funaná. One of these children was Paulino Vieira, who became the country’s most important music arranger. Eight of the fifteen songs on this compilation were recorded with the backing band Voz de Cabo Verde led by Paulino. This is fun dance music. Some of the keyboard sounds are the cheesy out of the box presets that do not sound great by themselves, but in these hands they work. I cannot understand the language, which I suspect is some Portuguese dialect, but that does not really matter. Not really psychedelic, cosmic, electronic, or progressive music this collection is a fun excursion into another musical realm.