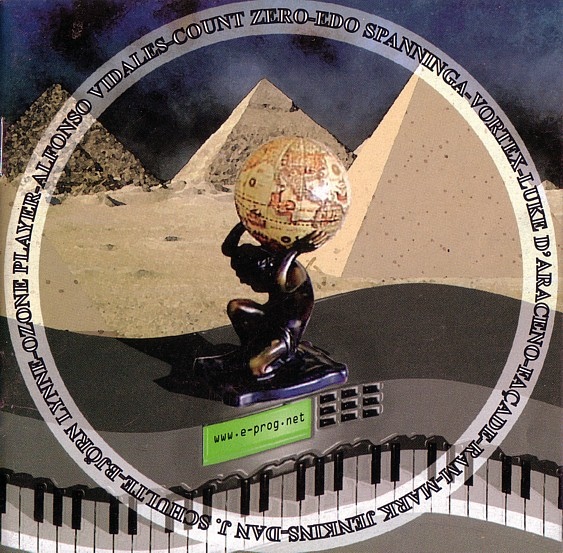 This interesting compilation is the result of a collaboration between members of an Internet mailing list called “e-Prog,” which is dedicated to the discussion of keyboard-led progressive rock. There are some “celebrity” guests here as well, such as Alfonso Vidales of Mexican neo-progressive group Cast, and Swedish solo artist Björn Lynne. This compilation serves as a tribute to keyboard-driven music, and is almost entirely instrumental. Most of the keys used are digital, and other instruments, particularly drum tracks, tend to be programmed. Lots of “aaah” choruses, synthesized guitar and bass, and so on. Most of it, as a result, sounds like later output from artists such as Klaus Schulze, or like instrumental neo-prog. Exceptions include the track “Cold Coffee” by Count Zero, which is in a more prog-metal vein and features a rather sudden fade-out, a lengthy track from heavy prog power trio Façade, which has vocals and sounds somewhat out-of-place here, and finally Mark Jenkin’s tribute to Wagner and Bach entitled “Wagnertron.” This last is a kind of Emersonian romp through the "Tannhäuser Overture" and Beethoven’s Ninth, which is miscredited. Many of these tracks seem to serve as calling cards from the various performers, perhaps seeking to gain wider recognition. While there is some engaging material here, the overall homogeneity makes it difficult to get too excited about any one track over the others. Much of it reminds me of later Jean-Michel Jarre circa Rendez-vous, with a capacity to stimulate, but not much of a lasting effect.