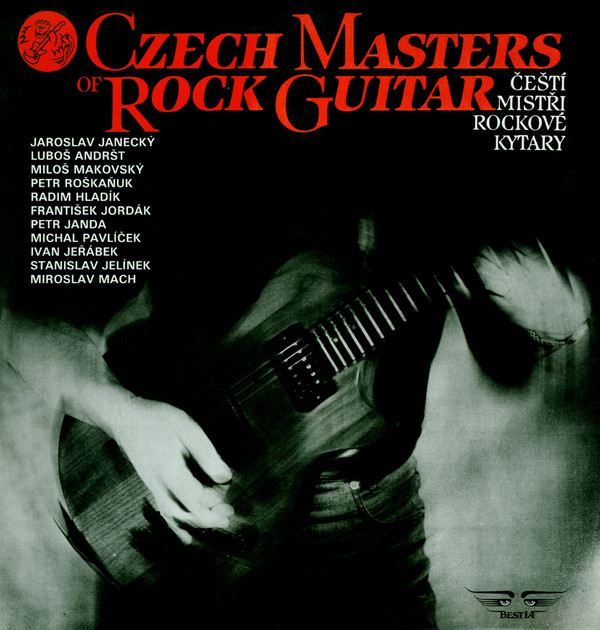 As the title implies, what we have here are eleven tracks of smoking hot instrumental guitar rock. The list of featured performers reads like a who's who of Czech guitarists — some familiar names like Miloš Makovský (Synkopy), Radim Hladík (Modry Efekt), Luboš Andršt (Energit), and Michel Pavlíček (Stromboli and various solo projects) from the progressive and jazz-rock side of things, and numerous other less familiar names from the hard rock and metal realms. The overall result is something akin to the Guitar Speak series that IRS put out some years back. Some of the material is very original, memorable and melodic, like Hladík's "Tearoom" and Pavlíček's "Lonely," while speedy rippers like Petr Janda's "Schweden Bitter" that are certain to get you a speeding ticket; on the other end there are tracks like Petr Roškaňuk's "Honey, said The Pig," which is pretty much a Billy Gibbons rip-off (I could imagine it being the backing track for some unreleased ZZ Top tune), and a couple others that cover some all-too familiar styles. All taken, though, there's enough great material here to make this indispensable for fans of instrumental guitar rock. Think of it as Guitar Speak Four.