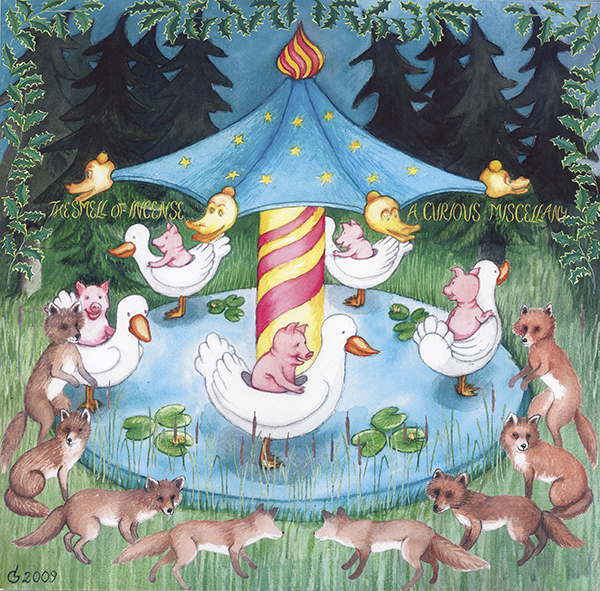 A Curious Miscellany is a compilation of TSoI singles, cassettes, and demos of covers recorded by the band in the early- to mid-90s. As such this is an excellent collection of music recorded before, during, and just after their first release All Mimsy Were the Borogoves. The only previously unreleased song is their excellent cover of Czar’s “Tread Softly on My Dreams,” which is alone worth the price of the album. For those of you unfamiliar with their early non-album releases, this archival compilation showcases TSoI’s superb psychedelic re-interpretations of obscure and not so obscure songs by Jefferson Handkerchief, West Coast Pop Art Experimental Band, Merrel Fankhauser’s HMS Bounty, Fifty Foot Hose, United States of America, and the Incredible String Band. In addition, there is the Norwegian folk song “Varulv” from singer Bumble B’s only solo album and the demo of “Christopher’s Journey” off Mimsy that has a somewhat different mix than on the album. As per the title, this is a curious collection of music that does not necessarily flow from one song to the next, a problem with most compilations. Taken individually the songs are great, complete with sitar, fuzzed guitars, and other psychedelic elements. I would have much preferred it if the band had released an album of new material with A Curious Miscellany as a companion piece, as it has been three years since their last release Of Ullages and Dottles. Anyway, this will suffice.

Alpha Wave Movement - The Mystic and the Machine – A one man band sounding for all the world like a power trio from the mid 70s, Greg Kyryluk, joined on four tracks by Steve Hillman (not Hillage) on guitar, has hobbied through a convincingly nostalgic...  (2008) » Read more