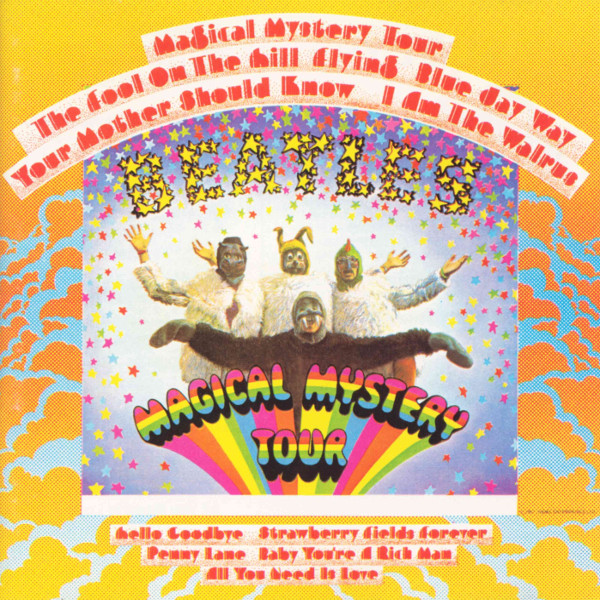 This is the first of four Beatles albums on my third tier list, and I would guess that one of the first Beatles tracks that got under my skin when I was much younger was this album's title track. Back in the day when there weren't as many television channels, I used to see the old Beatles movies quite a bit, and to my young eyes this was one of the most fascinating, in some ways there didn't seem to be a huge divide between children's programming and psychedelic imagery and this seemed to marry or perhaps obscure both. Anyway it's kind of hard to talk about the Beatles and say more than what has already been said before about their position in the grand scheme of rock and pop. In many ways you can trace most of the modern development of popular music back to these albums and I think the more you experience all music, the more brilliant the Beatles look, and in particular the songwriting duo of Lennon and McCartney. And this is a really strong collection of a lot of their classics from the title track to "Strawberry Fields Forever" to "I Am the Walrus," all of which time has not forgotten nor perhaps every will. They made it look so easy and did it all with a sense of wonder and an expansion of consciousness that made the well of creativity look forever endless. Cuz love is all you need…