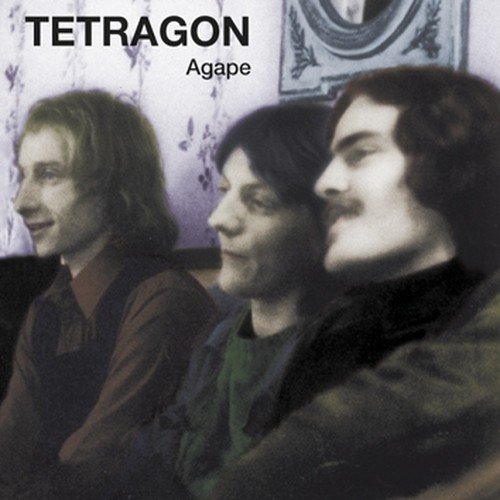 Keyboradist Hendrik Schaper and bassist Rolf Rettberg had been playing together since 1967 in a trio called Trikolon from Osnabrück in lower Saxony. Early in the spring of 1971, the third member of the trio, drummer Ralf Schmieding decided to call it a day for personal reasons, and Schaper and Rettberg, together with new drummer Joachim Luhrmann and guitarist Jürgen Jaehner decided to continue, now under the name Tetragon, and recorded their first album Nature in May of that year, the LP released in an edition of 400 copies (Musea has since released it with a bonus track on a CD which is still available). The band immediately started work on a second album, Stretch, which was ready in December of ’71 but for reasons unknown was not released until Garden of Delights released it on CD in 2009. Later in 1972, Rettberg departed, being replaced by bassist Nobert Wolf, and the band continued onward. In late December 1973, Tetragon recorded 64 minutes of excellent new music under the direction of Peter Kretschmann, and a couple of the tracks received some airplay on NDR, but the band weren’t able to find anyone to release it, so it met a similar fate to their second, even though in every way Agape was clearly the band’s most accomplished recorded work to date. Half of the six tracks at hand are Schaper’s compositions and show a strong keyboard presence, but Jaehner’s guitar also has a powerful drive within the sound as well. Of the remaining three, opener “Stage Fright Train” is a band composition, and the set also includes a cover of Eddie Harris’ “Freedom Jazz Dance” from his 1965 album The In Sound, and the longest track here, at close to 17 minutes, is “For Example,” originally done by The Nice on their 1969 album Nice (or Everything as Nice as Mother Makes It as it was retitled in the USA), and that’s no surprise, as it’s evident throughout the other cuts here that Keith Emerson was a strong influence on Schaper; It’s an all-instrumental version (and a standout, for certain), in fact none of the material presented on Agape has vocals. “A German Western” pushes a lot of boundaries, and romps through numerous sections over its ten-plus minutes giving Schaper and Jaehner a lot of room to stretch out and show their chops. “Hurry on Down” is another standout, presenting a powerful jazz-rock that could easily be mistaken for Passport at their best, so it’s really no surprise that he eventually joined Doldinger and company from 1978 until 1981’s Blue Tattoo. All taken, this is an immensely powerful statement by Tetragon at the peak of their powers. This would have been a three-sided LP had it ever happened, but sadly this great band ended up throwing in the towel in ’75 after these recordings never scored any interest from labels.