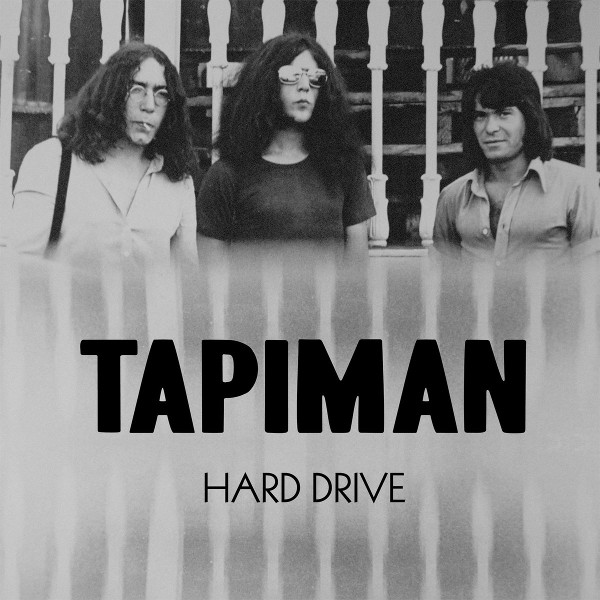 Hard Drive is a collection of unreleased homemade recordings from 1971 by Barcelona power trio Tapiman. The bandmembers were Miguel Ángel Núñez (Man) on guitar, Tapi on drums, and Pepe Fernández on bass. Being handmade, the sound quality varies across the tracks. The disc is basically in two parts. The first five tracks are hard in-your-face power rock and proto-metal, and the other five tracks are entirely different and could have been recorded by someone else. The title track opens the disc with heavy drums and bass along with a simple riff calling to mind a touch of Black Sabbath. Next is “No Control,” a blues rock song, simple riff, and a killer guitar solo during the instrumental break. Then the next three high energy instrumentals have a tinny sound like they were recorded live in a club without the crowd sounds. The sixth track, “Before Last Minute,” is a catchy piano, drum, and guitar instrumental with a slightly jazzy feel, vastly different from the first five tracks. However, the keyboard playing is a bit uneven, with some slight stuttering. Then we encounter “Long Sea Journey,” a dreamy song with Hammond organ, drums, and vocals. Next is “Someone Here” with Tapiman going further into psych-prog territory with trippy Hammond organ. Continuing in this direction is a tripped out cover of Black Sabbath’s “Planet Caravan” on acoustic and electric guitars, drums, and vocals almost sounding like Ash Ra. And the disc closes with an acoustic demo of track three “Eight.” On track three drums dominate the instrumental, but the acoustic demo is superior in both sound quality and arrangement. It has more of a jazzy vibe, but unfortunately too short.

Atavism of Twilight - Atavism of Twilight – [reviewing advance cassette - ed.]Known best for opening at Djam Karet's most recent show, this is yet another band from the Los Angeles area making progressive music. An instrumental five piece...  (1994) » Read more