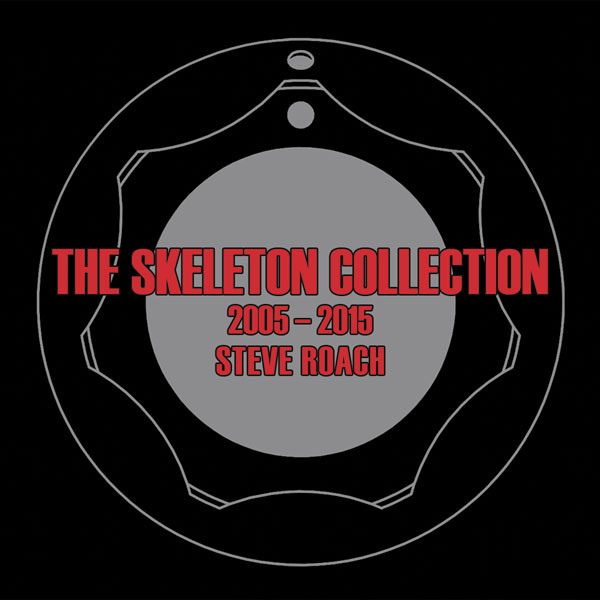 A couple years back we reviewed a disc of sequenced modular synth music by Steve Roach titled Skeleton Keys, released on the Projekt label. It’s a sound that was a strong influence on Roach in his formative years back in the 80s, vaguely reminiscent of classic Tangerine Dream and Klaus Schulze, among others, but one that he only occasionally revisits these days. The Skeleton Collection, released around the same time on his own Timeroom Editions label, is a companion release that presents the back story behind Skeleton Keys. The eight tracks presented here are split into two groups: five are from 2005 and present the stripped down essentials that focus on the purity of the analog synth sounds that eventually gave way over many years to the ideas that formed and morphed into the eventual Projekt release. These basic concepts focus on spontaneous sequenced analog creations in real time. The remaining three cuts were completed after the release of Skeleton Keys in 2015, while the creative juices were still hot and the momentum was still going strong. These three cuts do sound very much in the vein of the material on the final release, and in fact are much longer than the 2005 ‘sketches’, accounting for half of the disc’s total playing time. So think of The Skeleton Collection not as out-takes, but as a portal into the creative process that formed that album, of seeds that germinated and grew slowly over time, and the last three cuts are the blossoms that they eventually grew into.