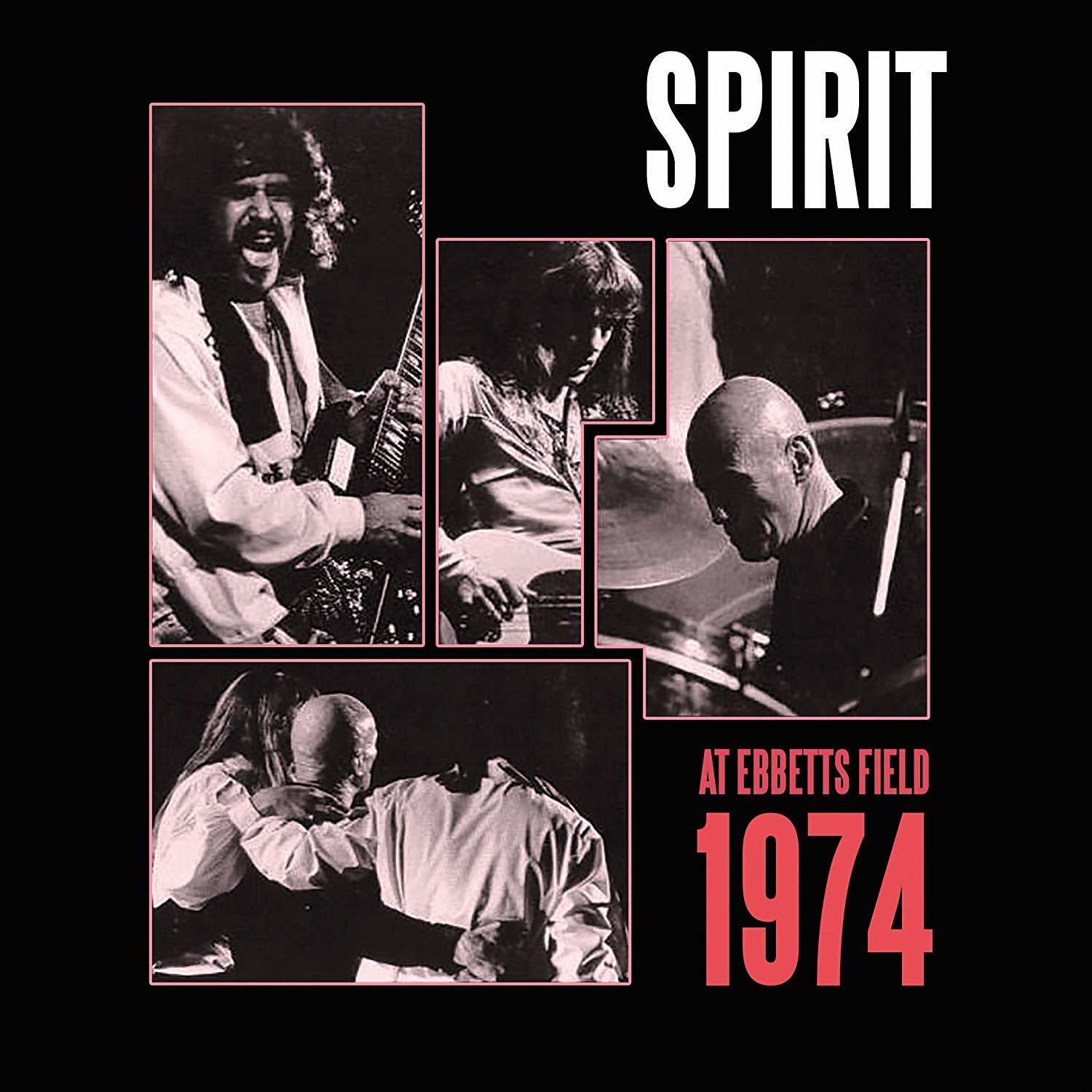 Among the hardest working and most undeservedly underappreciated bands ever, the three-piece Spirit that forged onward following the demise of the original five-piece following the Ode / Epic years in 1970, through the 70s, 80s and right up to Randy California’s death in January 1997 was almost constantly touring, along with drummer Ed Cassidy, and a succession of bassists and keyboard players that varied depending on touring availability. This set, recorded at Ebbetts Field in Denver on October 30th, 1974 is nearly 82 minutes long and features 16 cuts, about half of which would turn up on their forthcoming Mercury label double album, Spirit of 76. The sleeve photos don’t accurately depict who actually played here – the bassist is Mark Andes from the original Spirit. Photos on the front and inside show bassist Barry Keene who did play on some of the Spirit of 76 sessions but not here. And the photo on the back shows Cass, Randy, and original keyboard player John Locke, who didn’t play here either. Initially I was a little hesitant to put out the cash for this live set, given that it’s on a label I had never heard of before, and also given that eight of the album’s 16 tracks had already been released on the three CD set Salvation…The Spirit of 74. After the first spin, my fears of poor sound quality were forgotten, as this in fact was taken from an FM radio broadcast of the show. There is a fair bit of audience noise heard here, in particular after an outstanding cover of “Satisfaction,” one loud audience member continues to heckel the band to play some Beatles at a point when they want to shift gears and play the quieter “Kristee / My Road.” Overall this is a well rehearsed set with many highlights including “America the Beautiful / The Times They Are A-Changin’,” “Sunrise,” the gentle and jazzy “Guide Me,” and the all-out rocker “Veruska.” It’s great to hear this complete live set with most of the between song banter left intact. Of course one will hear the favorites “Nature’s Way,” “So Little Time (To Fly”), “All the Same,” and “I Got a Line on You,” which they never fail to play. Despite the packaging inaccuracies, this is a worthwhile addition to any Spirit fan’s collection.