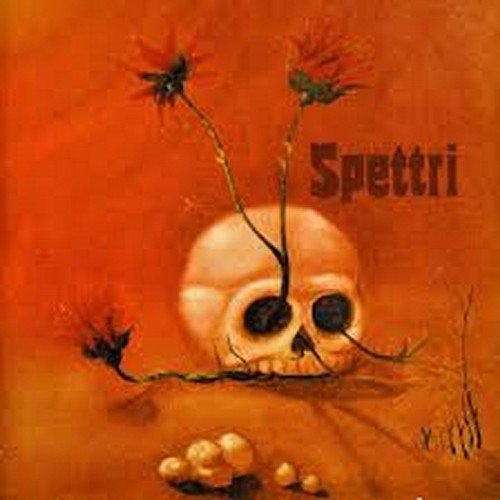 I think it was my colleague Mike McLatchey who once jokingly said that in Italy in the 70s, there were more prog bands than there were fans. As such there were plenty of fine bands who fell through the cracks and never got that record deal and a chance to reach for the ring of wider recognition and fame. Spettri was one such band; founded in the mid-60s by brothers Ugo and Raffaele Ponticiello (vocals and guitar respectively) and two other musicians to round out the lineup, they managed to release a few singles during those early years in the then-prevalent beat style, but as the decade closed, after many personnel changes, their style turned to a more ambitious progressive bluesy hard rock style, influenced by British contemporaries Deep Purple, Black Sabbath, Atomic Rooster, early Tull, and others. The ambitious four-part suite that comprises the entirety of this 1972 recording was written over the previous two years and features many novel ideas along with changes in tempo and dynamics, with blazing aggressive guitar and Hammond organ leading the way, fronted by Ugo’s powerful voice. By this time the younger sibling Vincenzo Ponticiello had joined on bass, along with drummer Giorgio di Ruvo and organist Stefano Melani. For all the positives, the down side is that this recording was basically a demo, not professionally produced and one listen on the headphones will reveal a world of hiss and noise that might not be noticeable otherwise. Black Widow did what they could to clean up the sound, and because of their effort we have a chance to hear this proto-progressive gem.

Fonya - In Flux – Here's the latest offering from American multi-instrumentalist Chris Fournier, his third to date. Once again, as with the previous album Soul Travels, it's an all-instrumental excursion which could...  (1995) » Read more