Seattle's Seaprog festival has been going since 2013, and the 2018 edition features a slate of artists that's sure to bring more attention to the event. Cheer-Accident, Bubblemath, and Free Salamander Exhibit are in the first round announcement of performers. In keeping with their tradition of focusing on regional artists, they will also present a number of artists from Washington and Oregon. [Edit: Just added: Inner Ear Brigade] 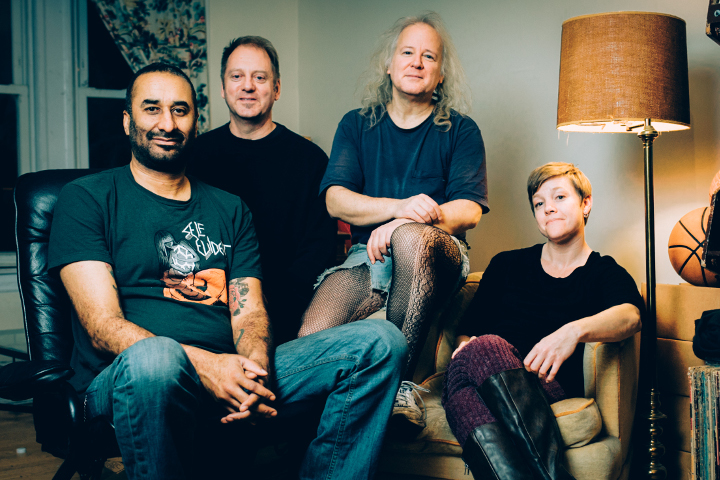 Cheer-Accident (Chicago) has been one of the most prominent American bands in avant rock for more than a decade, with roots in such pioneers as Henry Cow but a disarming sense of melody and a modern anything-goes attitude. Carrying on the legacy of the mighty Sleepytime Gorilla Museum, Free Salamander Exhibit (Oakland) is a giant among genre-bending bands, straddling avant-metal, free jazz, modern Classical and more in their unique performances. And while Bubblemath (Minneapolis) has not been the most prolific of bands, with only two albums in 17 years, those albums stand firmly among the best American progressive releases, bringing together tightly-arranged complexity and ambitious reach with a winking sense of humor. Since their 2014 appearance, The Mercury Tree (Portland) has been honing their style of adventurous rock music and bringing in microtonal sounds to create something truly unique, so we’re happy to give them an encore appearance on our stage. Faun Fables is based in the Bay Area, but they occupy a realm far from the mundane world we live in. The duo presents a modern version of acid folk infused with a deep artistic sensibility that’s won them fans around the world. Seattle’s own Clearly Beloved is a band with a vision involving violins, unpredictable songs, and baking bread. Moraine played the very first Seaprog in 2013, but a lot has changed since then, with new personnel and new material, so they’re due a return engagement. Other Northwest area artists we’ve enlisted include Cantrip, Ocelot Omelet, and Himiko Cloud.

The Seaprog organization has also acquired fiscal sponsorship from Shunpike, a Seattle-based non-profit that helps arts groups achieve sustainability. This means that in addition to ticket sales, they can ask for donations, which will be fully tax deductible as charitable giving. In the difficult environment faced by non-commercial music makers, Seaprog is trying something different, and the future will show whether this tactic works out.

One way or another, they've lined up an amazing set of bands, and we wish them the best.

And a new update for 6 March: Inner Ear Brigade has been confirmed as well.