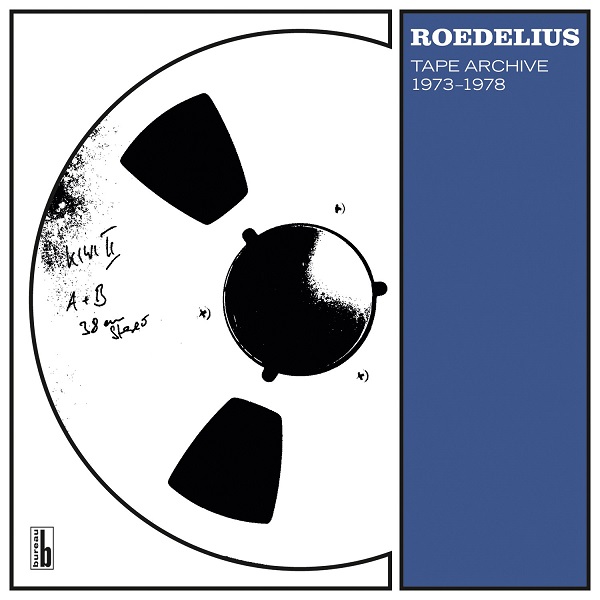 I would be honored if someone were to commemorate my 80th birthday in the same fashion as Bureau B has done this year for Krautrock legend Hans-Joachim Roedelius! Just like his electronic musician contemporary, Klaus Schulze, Roedelius always had the tape recorder running, so he could analyze his ideas more effectively on repeated listening. For example, there are four different sketches of “By This River” included in this set. Now, for the first time, we can experience his electronic sketchbook, warts and all. This massive three LP set of nearly two and a half hours of music, also digitized on three CDs, provides insight into Roedelius’ creative process. Fleeting notes, slivers of ideas, moments of inspiration, finger exercises, experiments in harmony, studies in rhythm are all preserved on this release. The years 1973 to 1978 were the legendary Forst years when Roedelius, Dieter Moebius, and Michael Rother were hard at work on new Cluster or Harmonia material. As a break, Roedelius would use a private workspace next door to the Cluster studio where he would experiment with a Farfisa organ, a Revox-A77 tape machine, an echo device, and a synthesizer, allowing his imagination to flow. Given the technology of the time, some the music is muffled, but that does not detract from the listening experience. What I find so interesting in this collection is the diversity in the music rather than being variations on a theme. Also keep in mind that Roedelius was in his early 40s when he recorded this music and he continues to remain active 40 years later! A truly remarkable musician. Happy 80th Birthday!