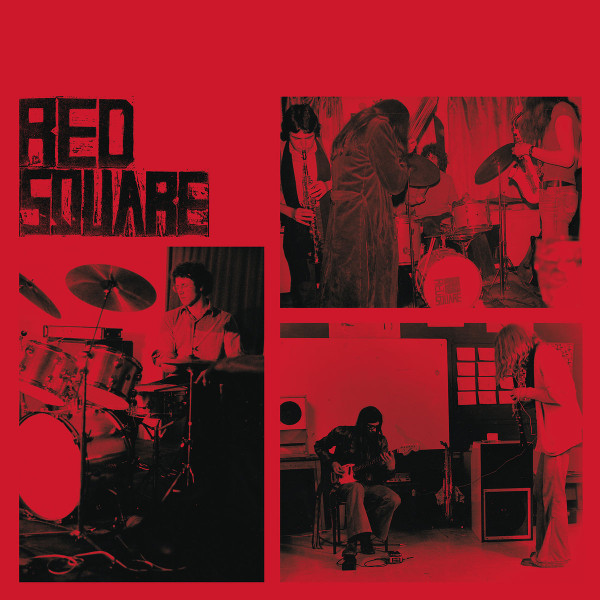 1974 saw the birth of the UK avant-rock band Red Square. Consisting of Ian Staples (guitar), Jon Seagroatt (sax and bass clarinet), and Roger Telford (free-jazz drummer), Red Square shared the stage with the likes of Henry Cow, Lol Coxhill, David Toop, and National Health. As their music and sound was too extreme for audiences and record labels alike, the band imploded in 1978. The only documents of their musical legacy are two ultra-rare privately released cassettes, the source of the music on this LP/CD reissue. Side one contains four raucous tracks from their “Nakamichi” Studio live session in 1978 and Side two contains three tracks from a live performance at Lindisfarne Hall in 1976 where they opened for Henry Cow. Listening to these seven tracks I can easily see why they did not connect with people. They were musical anarchists. Their music sounds like they were just playing for themselves, each pursuing his own path, periodically coming together, and careening off in new directions. The result was a chaotic mix of dissonance, free jazz, and momentary progressive-jazz. At times Ian’s fuzzed guitar and Jon’s sax lines would parallel each other. When the three of them came together, the music worked. But then it degenerated back into chaos. The studio session is difficult to wrap your mind around and may be indicative of the impending meltdown. In contrast, the live performance from two years earlier is more coordinated and accessible. However, I still cannot imagine how they were able to keep the audience interested in what they were doing on stage, though each track ends with polite applause. The press release contains a lot of hype about the band, yet it takes a very special ear to identify the quality and skills of the musicians. The best tracks on the disc are the last two “Circuitry #2” and “Circuitry #3.” These two tracks sound as if some thought had gone into preparing and composing them, rather than free improvisation. This music is not for everyone, not even necessarily the adventurous listener. Approach with caution.