On Thursday, 4 January 2017, the world lost Ray Thomas, founding member of the Moody Blues. Thomas sang and played flute, and was responsible for writing a number of the band's most memorable songs. He was 76. 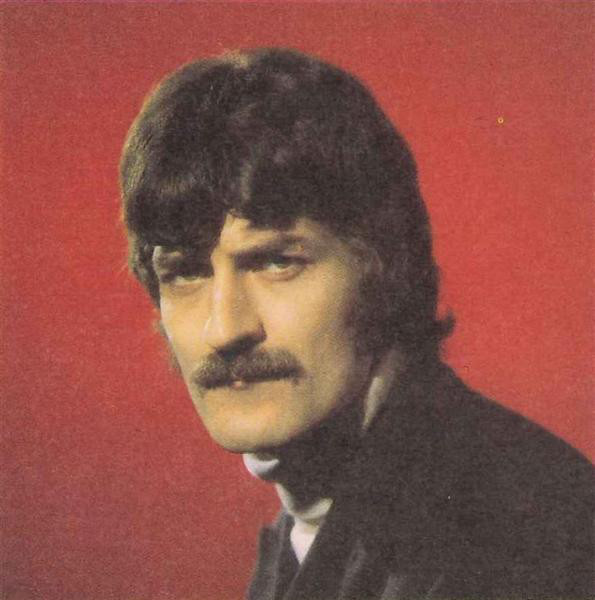 Ray Thomas and Mike Pinder were the core founders of The Moody Blues in 1964, having worked together in a number of earlier bands. With Days of Future Passed, Thomas began contributing his own songs, notably "Another Morning" and "Twilight Time." His flute became one of the band's distinguishing trademarks. On later albums, several of Thomas's compositions became Moodies staples, including "Legend of a Mind," "Dr Livingston, I Presume," "Nice to Be Here," and "For My Lady."

During the Moodies' hiatus, Thomas released two solo albums, From Mighty Oaks (1975) and Hopes Wishes and Dreams (1976). After the Moodies resumed activity, his songwriting contributions were much less frequent, though he did pen "Veteran Cosmic Rocker," which serves as a sort of theme song for both the band and for Thomas himself. He continued to sing lead vocals on a number of the band's songs, though his contibutions tended to diminish as the albums relied more on synthesizers.

In 2002, his declining health led to his retirement, and revealed in 2014 that he had been diagnosed with prostate cancer, the illness which claimed him in the end.

The New St. George - High Tea – The New St. George is a five-piece folk rock outfit from the Washington, DC area who sport a strong British/Celtic personality and two excellent vocalists. Their music may remind of the likes of...  (1995) » Read more

Squonk Opera - Howandever – Ready for something different and very original? First off, forget the Squonk, it's not a reference – these guys sound nothing like Genesis! In fact they are a totally new six-piece from the...  (1995) » Read more

The Fucking Champs - IV – The Champs are an unusual trio of twin lead guitars plus drums that cranks out a heavy uptempo rock sound with plenty of meaty riffs. On many tunes they sound like an instrumental version of Thin...  (2001) » Read more

Gong Global Family - Live in Brazil 20 November 2007 – November 20th, 2007 is the date, one of three shows in Brazil that year. Daevid Allen and Josh Pollock (University of Errors) are joined by a number of Brazilian musicians (members of the Invisible...  (2011) » Read more