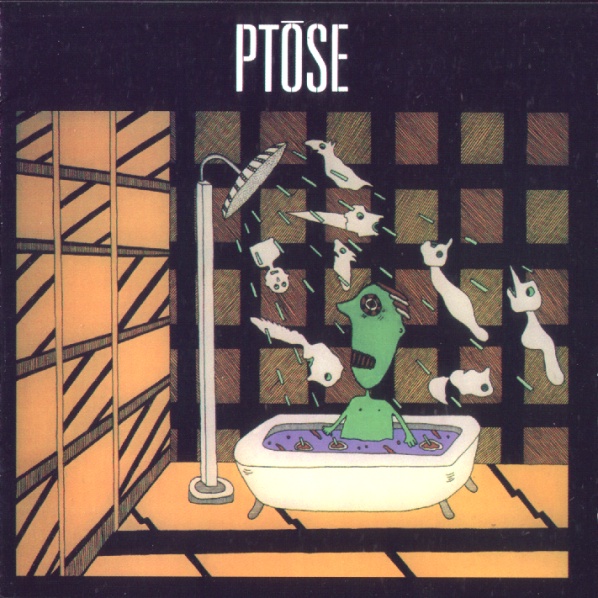 If you can take your mind back to the early 80s, you might recall that heavily orchestrated rock music (aka “progressive”) was no longer the province of musicians with ambitions to create Art. Just as ambitious musicians a generation earlier had turned to the popular music of their day (namely psychedelic rock) for the base of their progression, in the late 70s, artists looked to the pop of their day with an eye to innovation. The results ranged from Pere Ubu to Talking Heads and even Devo, depending on your taste. In France, this role was filled by Ptôse, an independent (and independent-minded) collective of players who released their work in a series of cassettes. Night of the Reptiles is an example of one from 1983. Utilizing primitive drum machines, synthesizers, guitars, and a variety of other sources, they applied a warped humor and artistic sensibility to what might loosely be termed “synth-pop” – if the Residents made synth-pop. The vocals, in French and English, tend to the non-tuneful, and are mixed fairly low. Ignobles Limaces, an LP from 1984, is a bit more sophisticated, and includes new versions of several earlier tunes. Lionel Jarlan’s xylophone is one of the defining features, lending a light rhythmic tone to the proceedings. Benoît Jarlan’s off-kilter guitar contributes to the twisted sensibility, with very unconventional playing. On the whole, this is very catchy that should appeal to anyone who thinks the 80s had potential left unrealized by what they heard on the radio.