Sad word reaches us today of the passing of another of the great musicians of the Canterbury Scene — guitarist Phil Miller. His distinctive sound added greatly to Matching Mole, Hatfield and the North, and National Health, and he also contributed to albums by Caravan, Dave Stewart & Barbara Gaskin, and many others. He was 68. 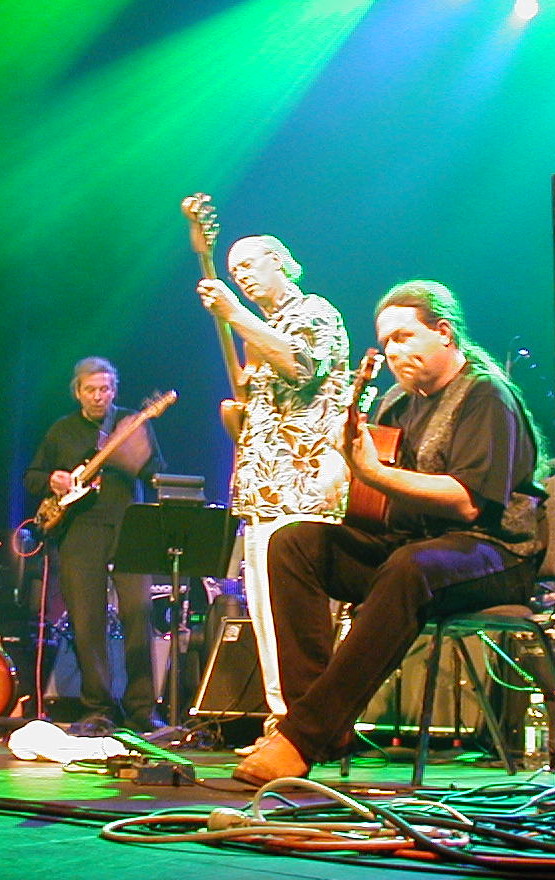 Phil Miller was born January 22, 1949 in Barnet, Hertfordshire, England, and was an entirely self-taught guitarist. Iin 1966, he got his start in the band Delivery, which was one of the progenitors of the Canterbury Scene, featuring Pip Pyle, Phil's brother Steve Miller, Lol Coxhill, and Roy Babbington. He was recruited by Robert Wyatt for Matching Mole in 1971, and then was one of the founding members of Hatfield and the North in 1972. When Hatfield gave way to National Health, Miller continued as one of the defining factors in the band's sound.

After National Health broke up, Miller embarked on a series of solo projects under his own name and leading an ensemble he called InCahoots. He also collaborated frequently with other musicians, mostly other members of the Canterbury Scene, but ranging afield as well.