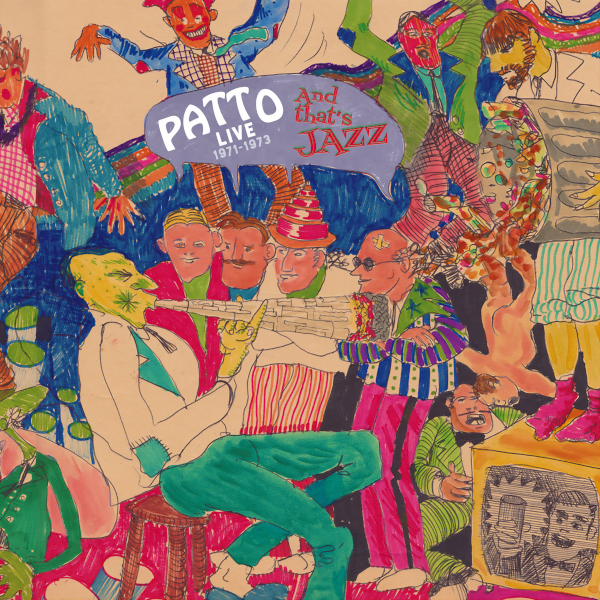 Patto was a British progressive band founded in 1970 by vocalist Mike Patto. Band members included Ollie Halsall (guitar and vibraphone), Clive Griffiths (bass), and John Halsey (drums). They released three albums in the early 70s. In 1973 they began recording their fourth album Monkey’s Bum, but it was not released and Patto disbanded. Monkey’s Bum eventually had an authorized release in 2017. And now in 2021 a live album recorded on January 21, 1973 in London was just released. However the sound quality is so poor that it makes listening to the music a challenge at the very least. The tinny sound detracts from anything the band is doing. There is a companion DVD that thankfully has much better sound quality, though still below par, containing a ten-minute Beat Club session from January 1971 with annoying psychedelic video effects and an eight-minute Pop Deux broadcast from March 6, 1971. Patto had gritty aggressive vocals and a spastic performance like Joe Cocker. But unfortunately I found the performances boring and uninspired. Their sound was pretty stripped down to individual instruments, not a unified band. Patto sounded basically like Ollie Halsall noodling on his guitar with Patto singing, plus some drums. Pretty sparse. This was partly the result of Bernie Holland of Jody Grind filling in for their bassist on the Pop Deux broadcast. If you’ve never encountered Patto before, And That’s Jazz is definitely NOT the place to start. I suppose this album will only be of interest to Patto completists. Definitely not a release you’d want to spend your hard-earned cash on.