Out of the Shadow of Magma —
The Eskaton Story 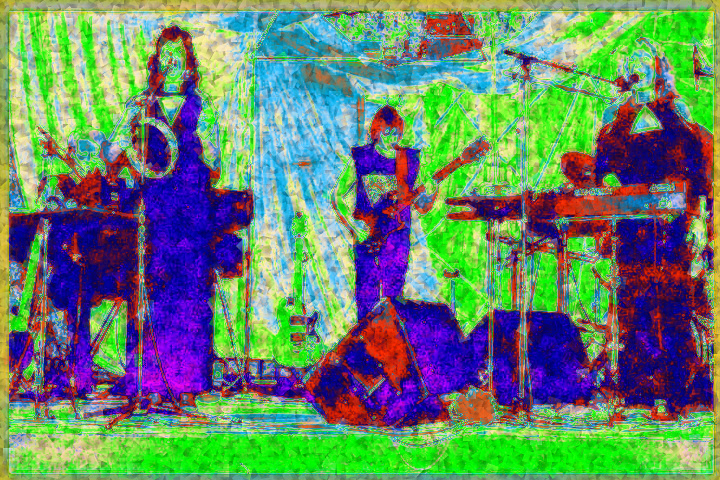 Of all the musicians and groups most influenced by Magma and zeuhl music, Eskaton may have been the most impressive of all. While beginning their careers with strong influences by Magma in both name (Eskaton Kommandkestra) and music, the Parisian group slowly and carefully forged their own view of celestial music over three albums and a single. 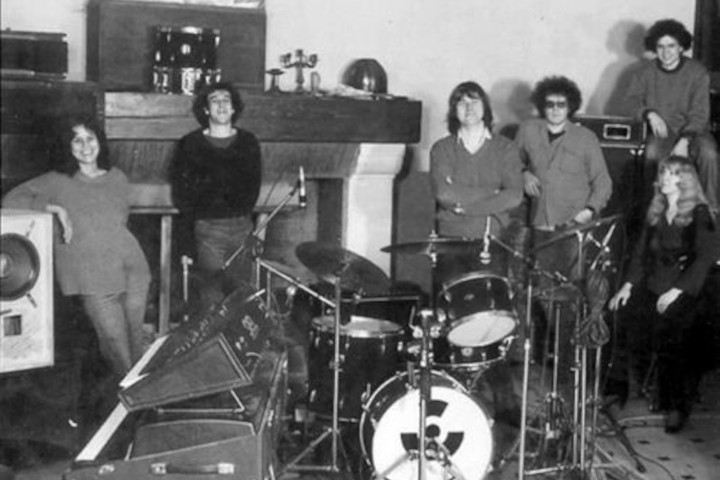 While the group's members were as few as four and as large as eight, the music consistently remained at a high level throughout its career before vaguely disbanding in the mid 80s after recording their unreleased fourth album. The music throughout their career held a discernible Magma influence but it must be said that while Magma may have been some sort of stylistic prototype to the group, Magma's penchant for striving for originality also has a mark on Eskaton as the group would move farther and farther away from their roots as time went on. However it can't be ignored that a strong Magma feeling is to be found in the bass playing (the schools of Moze, Top and Paganotti), the vocals (of the Stella Vander / Lisa Deluxe type) and rhythms.

Xavier De Raymond (Fender piano), Gerard Konig (drums), Marc Rozenberg (bass), and Alain Blesing (guitar) shortened the name to Eskaton around the time they lengthened the line up to include vocalists Paule Kleynnaert and Amara Tahir, keyboard player Eric Guillaume, and guitarist Andre Bernardi. It was this line-up that gigged from 1974 to 1977, often selling out venues. After a short break-up while several members left for their tour of national service, the band returned and opened for Magma, their musical father figure. 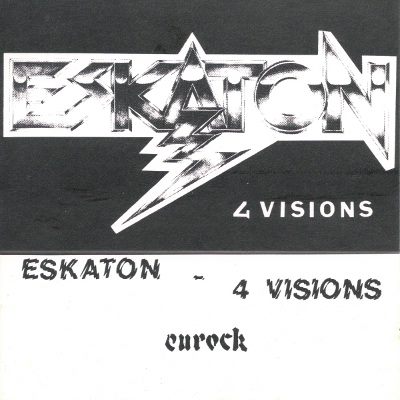 Eskaton's 4 Visions was recorded around 1978-9 and was not resurrected until Archie Patterson released it on his Eurock cassette label in 1981 (EC81002). While Marc Rozenberg had switched from bass to keys and Gilles Rozenberg had since replaced De Raymond on keys, Bernardi moved from guitar to bass, and it’s his incredible impetus that makes 4 Visions one of the greatest of French progressive music's successes. The rhythm section is certainly in the Magma style circa 1975, yet the melodies and dissonances of Eskaton's music are entirely their own. Vocalists Kleynnaert and Tahir often express themselves in unusual sounding chromatic scales that come closer in sound to new music groups like Univers Zero or Art Zoyd. The keyboards also have a distinct Magma influenced style, a conglomerate of influences such as Jean-Philippe Goude or Benoit Widemann certainly are at work here. The four long tracks are very dynamic and filled with an incredible spiritual intensity that range from ethereal to a harsh angst. An almost forgotten masterpiece, the CD reissue by Ad Perpetuam Memoriam will certainly be the most important for progressive rock in 1995. 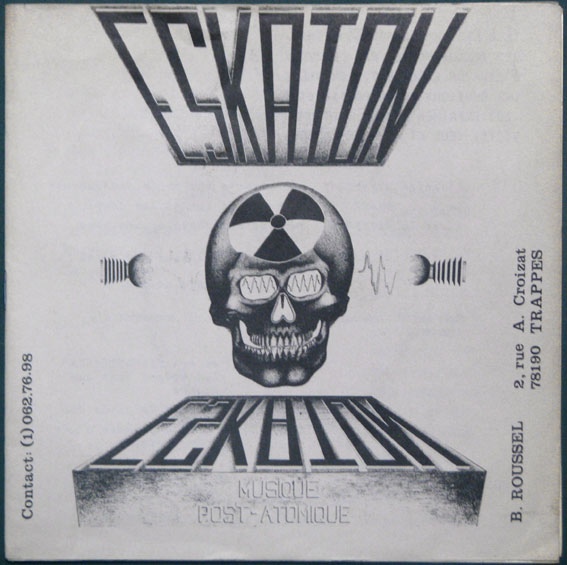 In April 1979, the band recorded their first vinyl release, the single "Musique Post Atomique" (E01) which included "Le Chant de la Terre" and "If." Well received amongst the progressive underground, it gave a foretaste for their first full length vinyl release to come.

Around this time, guitarist Alain Blesing would leave, as would Eric Guillaume. Alain Blesing would go onto record Faeria with his group Foehn, a music some ways away from the hard driving Eskaton. Along with the fantastic violinist from Malicorne, Patrick Lemercier, the shortened down band recorded the album Ardeur (E 38001) which was released in 1980. Ardeur was an absolutely mind-numbing blast of music. The two vocalists' eerie Kobaïan-like phrasing of the French language spins circles around the music, creating very unusual harmonic structures. The shorter songs (including new versions of "Attente" and "Eskaton" from 4 Visions) make the music that much more direct and intense, and it seems that the band was a lot tighter as a six piece. In summary Ardeur is no less a classic than its predecessors.

The same line-up recorded Eskaton's last album, released in 1983 after a few more years of gigging. Fiction (E 38301) shows Eskaton dropping many of their overt Magma references, and showing more experimentation with keyboards and especially synthesizer. The music is very cathartic and anthemic, with the vocalists taking each other to new heights. By this point it seemed that the band were moving more and more away from their roots into a distinct and original direction. 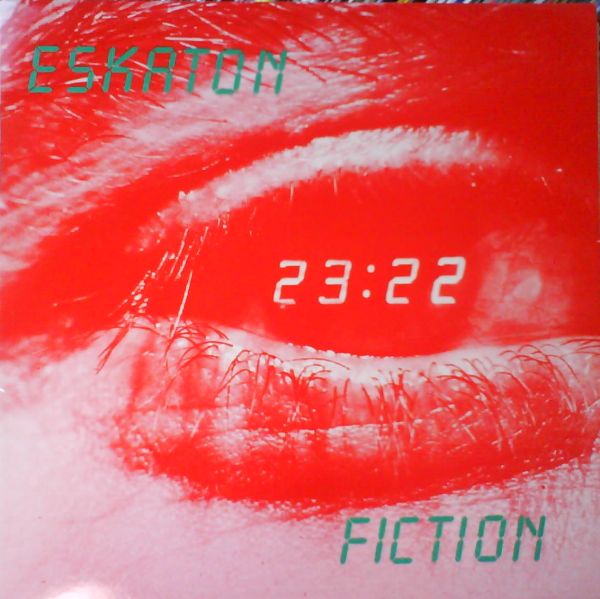 Unfortunately, Fiction would be their last.

After Gilles Rozenberg departed in 1984 (Paule Kleynnaert would double on keys from then on) the band would go on to record their fourth effort I Care in 1985. Unfortunately (besides the track "La Lutte," which was included on Musea's Enneade compilation in 1986) the band would no longer see its music released, and eventually somewhat disbanded in the late 80s. Although the musicians still keep in contact, there are no immediate plans for the future.

Eskaton were one of the greatest of all of the French rock groups, the Magma references seem incidental in the light of the very powerful music they created for themselves and their audience. All of their music comes highly recommended, the APM reissue of 4 Visions couldn't arrive any sooner.

Postscript: Of course, in the years since this profile was published, reissues have come and gone. Most recently, Soleil Zeuhl has turned their attention to 4 Visions, with bonus tracks and even a prestige LP edition.