Once upon a Time in Linz —
The Eela Craig Story 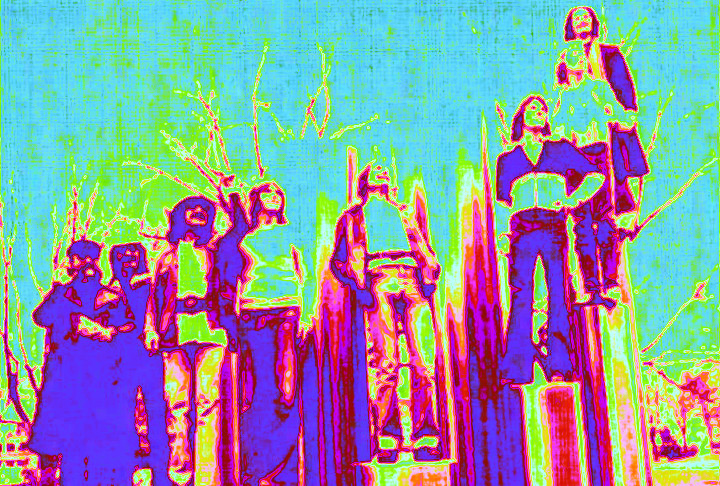 Possibly Austria's best-known prog band (I'd be very surprised if you can name another that made more than one album), Eela Craig formed in the early 70s in Linz (about 85 miles west of Vienna). The nucleus of the band was pianist Hubert Bognermayr, bassist Gerhard Englisch, and multi-instrumentalist (flute, sax, organ, guitar) Harald Zuschrader. Over the course of the remainder of the decade, they produced four albums that are well-regarded in the progressive rock world, and (like so many bands) went on to record more pop-oriented material in the 80s and beyond. 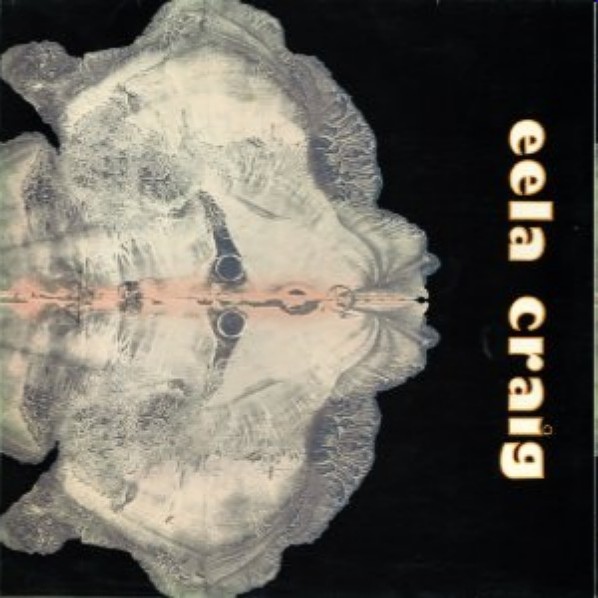 They completed their debut album in 1971 with additional members Wil Orthofer (lead vocals, sax), Horst Waber (drums), and Heinz Gerstmair (guitars, organ). This self-titled album (Eela Craig, originally released as Prodisc 208-711, LP) was issued in a very limited pressing and these days is mighty rare. (Like so many "lost" albums from this era, it has since been reissued by Garden of Delights.)

Stylistically it's in step with the "heavy" organ-based rock of their German contemporaries, though there's a lot more electric piano than organ, and it tends to be more mellow than heavy (though they can be heavy at times, note that "New Born Child" opens with unbridled screaming). Actually, they remind me mostly of British bands like Gracious or Beggars Opera, but spacier and without any Mellotron. The tonal gap left by the absence of other bands' Mellotrons is filled by the flute or two saxes. Interesting, but not really an indication of things to come. 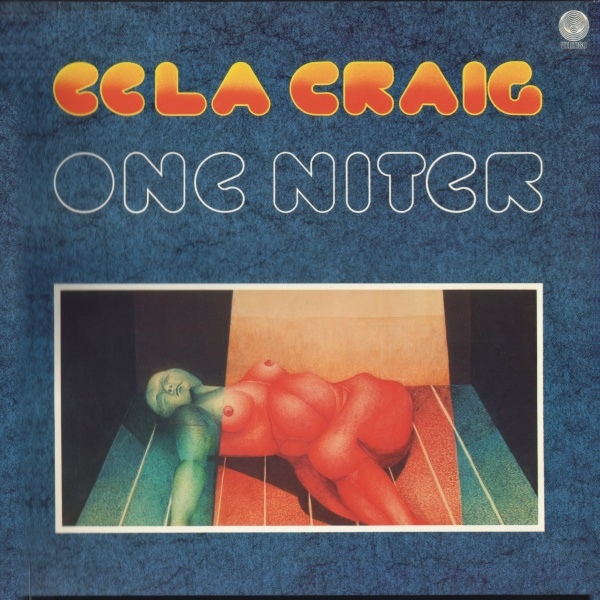 Eela Craig laid low for the better part of five years. They purchased a lot of high-tech (for the 70s) keyboard equipment during this time – including a Mellotron. Three members (Orthofer, Waber, and Gerstmair) also quit during this period. Added in their places were Fritz Riedelberger (lead vocals, lead guitar, piano), Frank Hueber (drums), and Hubert Schnauer (flute, Mellotron, organ).

It was this band that in 1976 finished the classic One Niter (Vertigo 6360 635, LP). They were now dedicated to a rich symphonic sound lush with synthesizers. The melodies are inspired by bands like Yes and also by classical music; some are even based on the works of Fibich and Bach. Many rhythms and guitar leads are clearly inspired by Pink Floyd – compare the middle section of "Loner's Rhyme" to the "Funky Dung" passage of "Atom Heart Mother Suite." The highly innovative synthesizer work of Bognermayr and Zuschrader, the clear-toned guitar and beautiful tenor voice of Riedelberger and the dramatic use of dynamics between the musical themes point to this album being a classic. (Its 2010 reissue on Esoteric brings this excellent release back to light.) 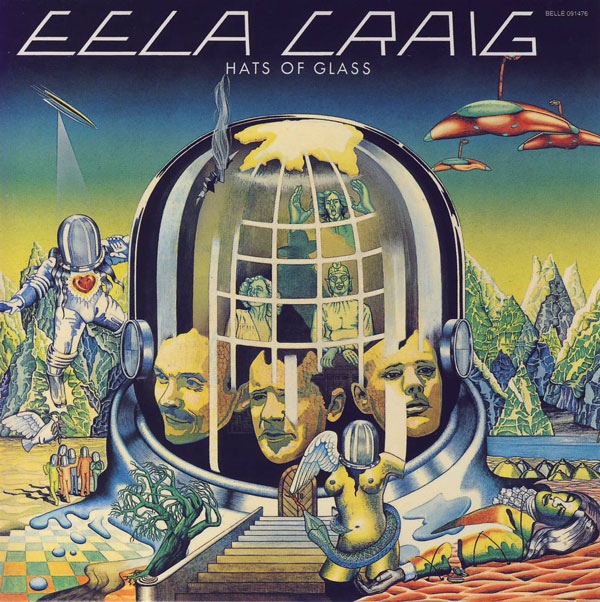 The band became more active from here on. Only a few months later, they issued Hats of Glass (Vertigo 6360 638, LP). Midway through the making of this album, original vocalist Orthofer rejoined. As such, he sings lead on only one song, backing on three others. Hats of Glass is unusual in that a cover song leads off the album, a surprisingly strong, synth-heavy rendering of Chris deBurgh's "A Spaceman Came Traveling" (from his 1975 release Spanish Train & Other Stories).

This album contains what may be their best single song ever, "Holstenwall Fair," which includes some of their most amazing synth solos. The other long piece is the ten-minute title track, which includes a lengthy yet superb Riedelberger guitar solo, yet is a bit heavy on the string-synth. Their use of Mellotron is unconventional in that they seem to use it exclusively for its brass and choir sounds, rather than the more commonly used strings. The album's shorter pieces are not without charm. "Caught on the Air," with its 12-string guitars and massed vocals, recalls Yes. On the quizzically titled instrumental "(Remove Another Hat of Glass and You Could Easily Find Assorted Kinds of) Cheese," they display powerful guitar work and a hair-raising triple-synthesizer middle section. (To date, only a Japanese reissue keeps this album in circulation.) 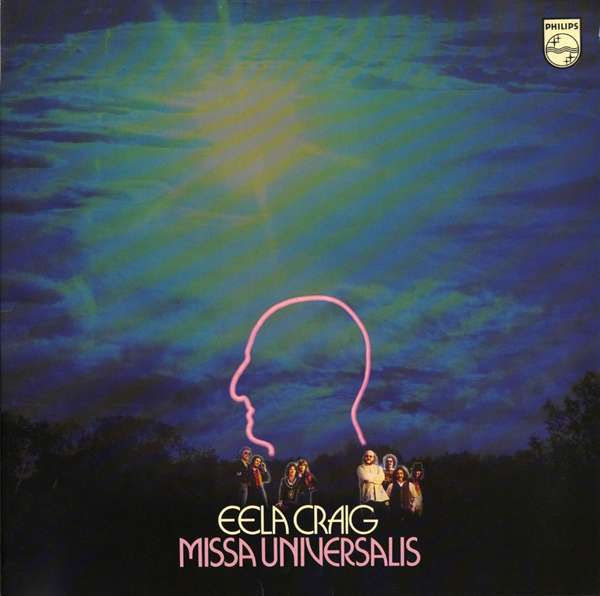 The band's 1978 effort, Missa Universalis (Philips 6360 639, LP), requires an open mind for full enjoyment. The heavy religious tone of the album put me off at first, but eventually I was won over by the superb music. It is perhaps the only successful "rock mass" ever made. The texts, written in collaboration with Dr. Walter Karlberger, were written in four languages: Latin, German, English, and French (hence "Missa Universalis").

Orthofer is back full-time, singing lead on all but one track, and his voice has improved immeasurably from the first album. But the stunning thing about the album is the breathtaking synthesizer work. The bulk of the introductory track, the 11-minute "Kyrie," consists of highly innovative synthesizer trios with voice, building gradually to a powerful rock finale with guitar solos and organ. In fact, the production is crystal-clear, every piano note and guitar strum is clearly audible and is a wonder to behold.

There exist unsubstantiated reports of a sixth album, entitled Circus, which apparently was issued after Missa Universalis. In any case, Bognermayr, who had pretty much been the band's figurehead and musical guide up to this point, quit around 1979. Hueber followed suit. 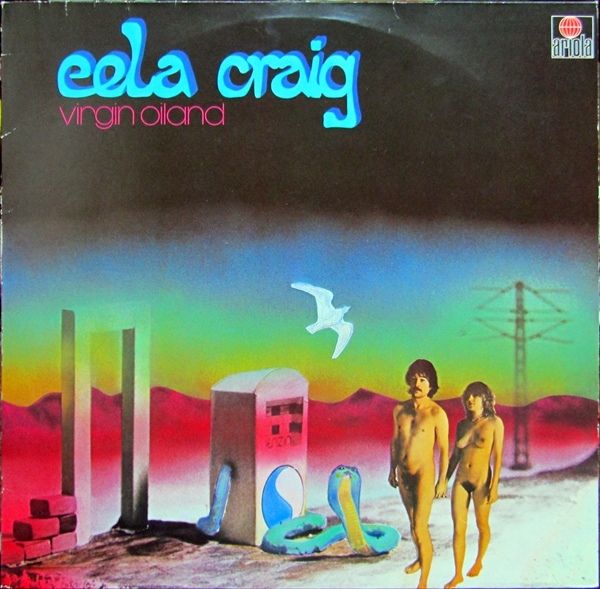 The remaining quintet carried on (with Orthofer on drums), issuing Virgin Oiland (Ariola 202-311-320, LP) in 1980. But for the most part, the magic was gone. One track, "Beecher's Brook," approaches the standard of One Niter, while the weird, satirical piece "Love to Hate You Baby" includes a shadowy Bruckner-like motif reminding of something from Missa Universalis. The rest of the album is rather poppy, mostly ballads which are all rather nice, but not progressive.

Bognermayr and Zuschrader have been quite active since the dissolution of Eela Craig. In the mid-80s they formed the Erdenklang label, whose early artist roster included Jade Warrior and Matthias Thurow. They also recorded their own albums beginning with two religious-orientated albums of electronic music: Erdenklang and Berg Predigt. Subsequent collaborations appear under the name Blue Chip Orchestra, one of the most recent of which is an album of Christmas music. But none of these can hold a candle to their Eela Craig days. Their three classic middle albums stand out among the pantheon of European progressive.

(NOTE: 'One Niter' and 'Hats of Glass' have been reissued on a single CD. It was released on Erdenklang under the umbrella title Symphonic Rock (Erdenklang 50833). Sadly, two essential tracks are missing: "Venezuela" and "Caught on the Air." Missa Universalis is also available unexpurgated (Erdenklang 50822) on CD).