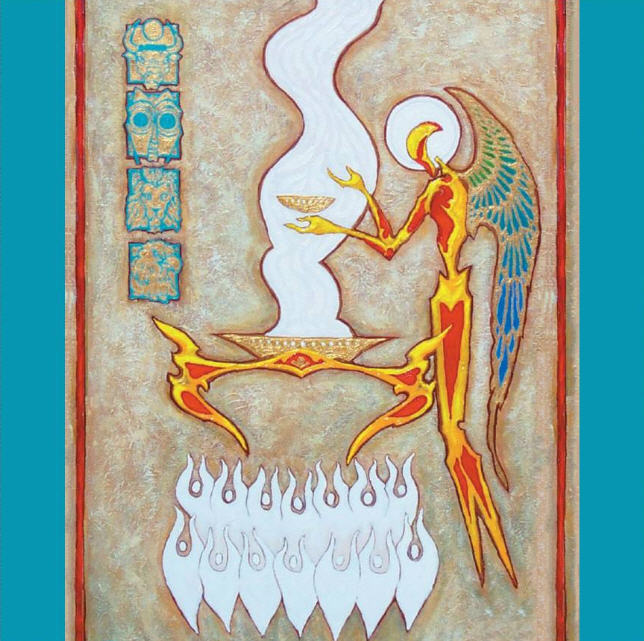 Have to hand it to Baltimore’s Oho, they are definitely one of the most eccentric bands in the annals of prog rock – take any two of their albums and they don’t even sound like the same band. Perhaps that’s due to a very fast evolution during their first few releases, starting with a psychedelic sound (on Okinawa) then quickly moving into a more progressive phase (Vitamin Oho) then continuing to evolve when players changed, members came in from side projects, and releases became more infrequent (although the band has continued to record over the years, many tracks remain unreleased), but through it all their output has been consistently top notch. Here we have an archive of the band’s instrumental material, 19 pieces total, spanning the years 1974 through 2015, featuring four different incarnations of the band, and as one might guess there are many different (and often divergent) styles featured herein. “Board Organ” opens the proceedings, a crazed seven-and-a-half minute romp through psychedelic electric jazz territory with a strong hint of Burnt Weeny era Zappa. It, along with the other first six cuts track the early-era Oho, including some from the never-released 1976 album Dream of the Ridiculous Band like the brilliant guitar acoustic guitar solos “Albumblatt” and “Motion of Motion.” Tracks 7-13 comprise the instrumental tracks for the aborted 1977 Oho House album, just before the band split up temporarily; those seven cuts are really all over the map – jubilant and celebratory, it’s clear the band was trying a lot of new and different things at that point, yet still nailing it every time. Following that we go back to 1976 again with the near 17-minute live stretch-out “Nazi Dog Jam,” a sure sign of the band’s psychedelic roots. The last five cuts here represent the more recent Oho instrumentals, from 1987 to present. Of these two tracks stand out as arguably this disc’s finest moments: 1990’s “Peradam” and 2010’s “Arclight,” twenty years apart, but both essentially guitar based pieces in new standard tuning, the former featuring hammer dulcimer, trumpet, and wordless female vocals, the latter with beautiful violin accompaniment. Two cuts from 2015 are featured – “Slough of Despond” is a brilliant merging of blues and jazz musings in a rock context, but completely original in every way. Where Words Do Not Reach clocks in at around 80 minutes; that’s a lot of music to absorb, but surely worth the effort.