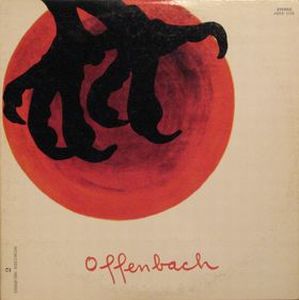 Each time I play this sprawling two-disc live set I’m just left scratching my head, thinking ‘what happened to this band?’ The band’s two previous releases St. Chrone de Néant and Bulldozer – their second and third respectively, both from a year earlier, were both quite excellent. Unfortunately, none of the material from either of those albums is presented here. This seems to be all new material recorded on a two month road trip to France and Holland during May and June of 1974. As an album it’s interesting insomuch as it’s not just a straight live album, but live songs interspersed with spoken snippets and other miscellany from band, fans, etc. Of greater importance here, this seems to be a band in the process of turning the corner from a more progressive sound toward all-out commercial rock. On many of the cuts, the singer, with his rough gravelly voice seems to be delivering a French-Canadian answer to Creedence Clearwater Revival; there are some good basic rock moves here and some decent hooks, but opener “Quoi Quoi” is among the particularly annoying. The band does slip into some nicer melodic material with superb harmonies on “Promenade sur Mars,” and the instrumental workout “Granby” breaks things up nicely, working from a jazzy sound into something that recalls classic period Allman Brothers. “Marylin” is another good tune with solid harmonies, and its drum-driven follow-on “Wezo” is impressive as well. The last two cuts from the original album “Jam” into “L’Hymne à l’amour” form a nice side-long piece that might well be the best thing here. Five bonus tracks begin midway through he second disc, which includes a decent side-long medley (including parts of “Marylin” and “Wezo”), and for a closer Mr. Gravel Voice returns for a cover of “Be-Bop-A-Lula.” There are a number of good songs here, but all taken, it does seem to be a bizarre juxtaposition of musical styles.