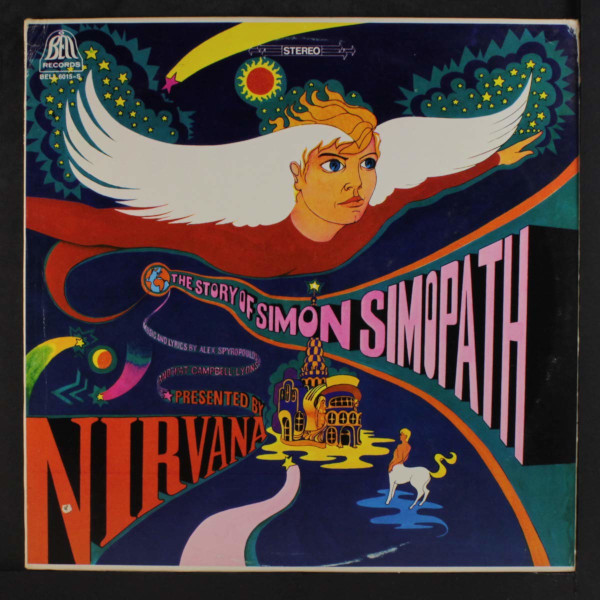 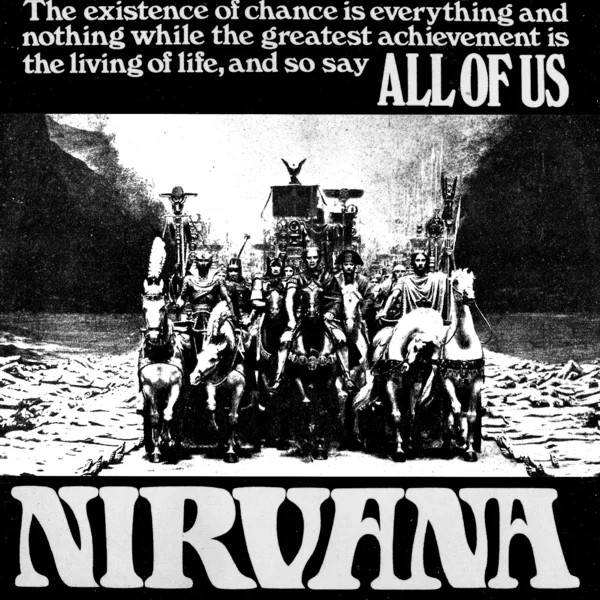 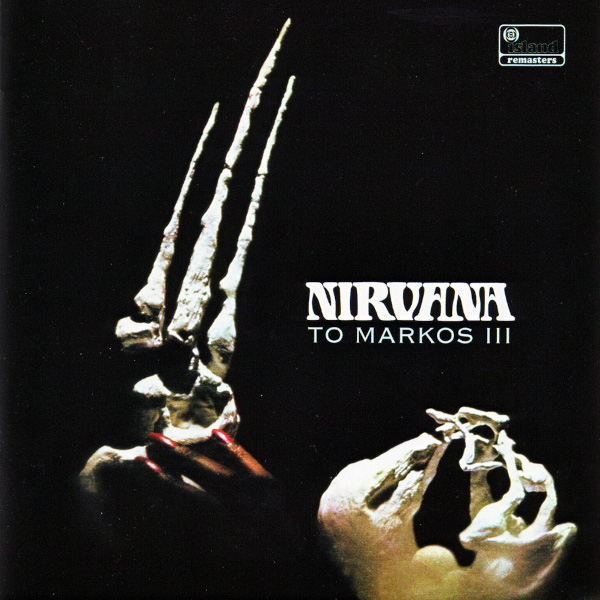 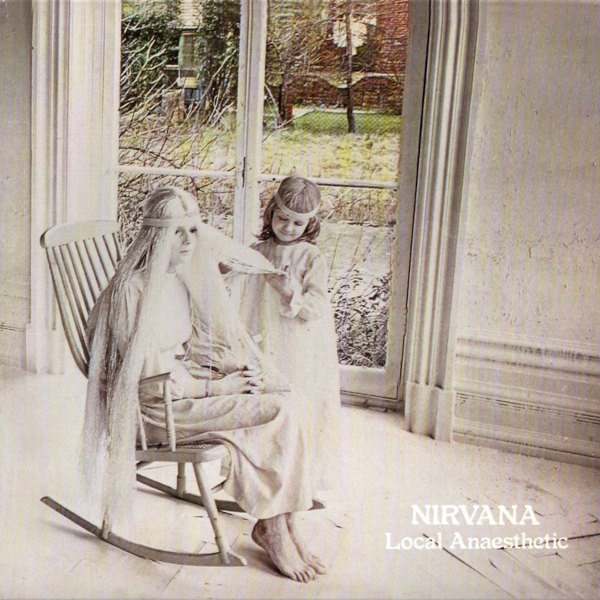 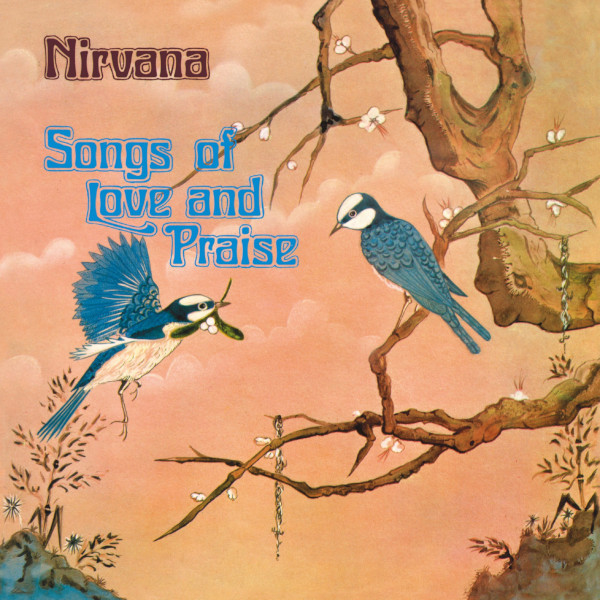 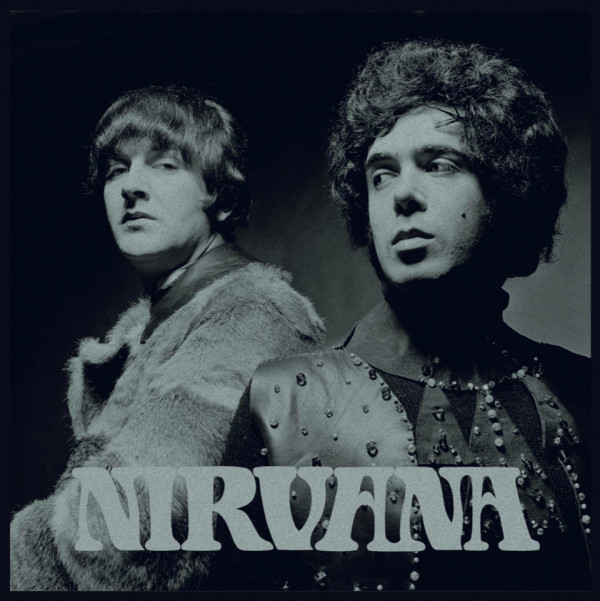 The late 60s saw such an explosion of creativity and innovation in music that it’s almost incomprehensible by today’s standards. Musicians all around the world were reaching out in all directions to discover new sounds and new ways of making music, some of which ended up as dead ends - flourishing for a time, then fading away, and sometimes resurging much later — and some that laid the foundations of everything that came after. The English band Nirvana is an interesting case. The group was formed in 1965 as a partnership between Irish musician Patrick Campbell-Lyons and Greek composer Alex Spyropoulos, and from the beginning it was not intended to be a normal working band, utilizing studio musicians to accompany the duo’s vocals, with Campbell-Lyons contributing some guitar and Spyropoulos keyboards. With Songlife, their entire 60s and 70s recordings are presented in remastered form, in many cases from the original master tapes.

Their first album was The Story of Simon Simopath, a concept album produced by Chris Blackwell and released on Island Records in 1967 — before Days of Future Past and S.F. Sorrow, and thus having a legitimate claim to be the first narrative concept album in pop or rock. It must have been something in the air at the time, since it would have been in the production process at the same time as the Moody Blues were working on Days of Future Past. Simon Simopath is full of catchy tunes with lush orchestration and not much in the way of rock guitar. In order to manage some TV appearances and concerts, they formed The Nirvana Ensemble and put forth the image of a regular band rather than a duo. Songs such as “Wings of Love,” “Satellite Jockey,” and “Pentecost Hotel” are excellent examples of psychedelic pop of the orchestrated variety, and the album can stand proudly alongside better-known classics of the era. In preparation for their second album, they released the single “Rainbow Chaser,” which gained some popularity, but after a few more promotional appearances, the Ensemble was disbanded as too expensive to maintain. All of Us was their Blackwell-produced sophomore album, and was released in 1968. It featured “Rainbow Chaser” and was stylistically in a similar vein as the debut, though it didn’t have an underlying story or concept. Like its predecessor, it’s chock full of lushly arranged pop songs, and listeners who love hearing cellos and harpsichords will find much to like. Aside from the lead-off single, other standout tracks include “The Touchables (All of Us),” “Melanie Blue,” “Girl in the Park,” and “St John’s Wood Affair.”

When it came to Nirvana’s third album, which was to be called Black Flower, the duo fell out with Blackwell, who didn’t like the music. In response, Nirvana left Island Records and signed with Pye to release an album known variously as Dedicated to Markos III or just Markos III. It came out in 1970 and signalled the end of the duo’s original run. Musically it’s a direct continuation of what they’d been doing all along — ten excellent songs featuring orchestral elements as well as a more rock-oriented rhythm section, though never really touching on anything like a riff or much in the way of distortion. “The World Is Cold without You” kicks things off in fine fashion and features a rare appearance by a fuzz guitar. Maybe by 1970 listeners were no longer in the mood for such elaborate and mannered fare, because the album received only a small print run and was deleted from Pye’s catalog. More than 50 years later, that seems a shame, as its quality is no less than the first two albums.

After the third album, Campbell-Lyons and Spyropoulos amicably separated, with the former taking over the Nirvana name for a further two albums. The first of these was Local Anaesthetic (1971), which embraced elements of progressive rock and featured two side-long suites of music. Aside from Campbell-Lyons and keyboardist Pete Kelly (who co-wrote some of the material), the musicians are uncredited. There’s definitely more rock and roll in some of the sections, and much less in the way of non-standard instrumentation, and electric guitar plays a prominent role. There are also many studio tricks like tape-rewind noise to bridge the various sections and recordings of studio chatter. All in all, it’s a good album, though very different from anything else in the band’s catalog. With Songs of Love and Praise (1972), Campbell-Lyons decided to revisit the original Nirvana sound and update it for the times, so we once again get a number of short tunes with touches of orchestration, though not on such a large (and expensive) scale as in the 60s. There are even new versions of two of the band’s best known songs, “Rainbow Chaser” and “Pentecost Hotel.” There’s much more reliance on guitars, both acoustic and electric, and the backing arrangements feature strings and backing vocalists on most tracks, along with keyboards, though harpsichord is no longer in the mix. It’s a good album, mostly on the mellow side, though the spark of wild creativity is somewhat dimmed in the midst of the more standard arrangements.

The Songlife box set finishes off with Secrets, a set of recordings from a project that Campbell-Lyons and Spyropooulos worked on in the early 70s, intending it as some kind of stage production that never happened. The quality of the recording here is not up to the standards of their proper releases, and it’s played by a standard rock band instrumentation. The lyrics feature some references to old Nirvana songs, though not in a gratuitous way. The variety of singers gives the impression of a rock musical, and one could compare it to something like Hair, though without the clumsy social commentary. I’m not sure what the story is, but I can see how it might have worked as a musical. It sounds more like 1968 than 1972, which is maybe why it never got further than these demos, but it makes for an interesting addendum to the story of this overlooked band, and it’s great to have it preserved. Songlife stands as an impressive testimonial to a little corner of rock history that deserves attention.