One of rock music's defining drummers has died at the age of 67. Neil Peart's work with Rush provided one of the templates for percussion in rock, and he certainly ranks in the top ten most influential drummers of the 20th Century. Peart retired from playing in 2015 due to health issues, and succumbed to brain cancer on January 7, 2020. 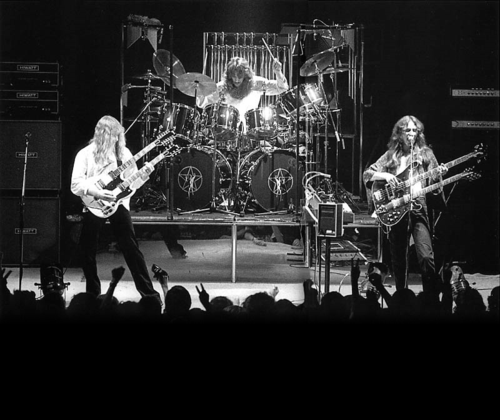 Cornelius Ellwood Peart was born September 12, 1952 in Hamilton, Ontario, Canada, and took up the drums as a teenager. After an unsuccessful move to London at the age of 18, he returned to Canada and worked in his father's farm equipment business until joining Rush in 1974. He soon became the band's primary lyricist, filling a gap that Geddy Lee and Alex Lifeson were relatively uninterested in.

Success came gradually to the band, but they eventually rose to become one of the top-drawing rock bands in the world. As the years progressed and tastes changed, Rush managed to adapt their style and maintain their popularity, recording and touring regularly until Peart's retirement in 2015. Estimates of their total worldwide sales are in the neighborhood of 40 million albums.

Peart's drumming brought together many influences from rock and jazz, and his technical abilities are much studied by drummers around the world.

Bill Cutler - Crossing the Line – Bill Cutler arrived in San Francisco in 1970, spent the following decades producing other people’s records, and on his first album channels all those influences and experiences. His guitar and...  (2011) » Read more