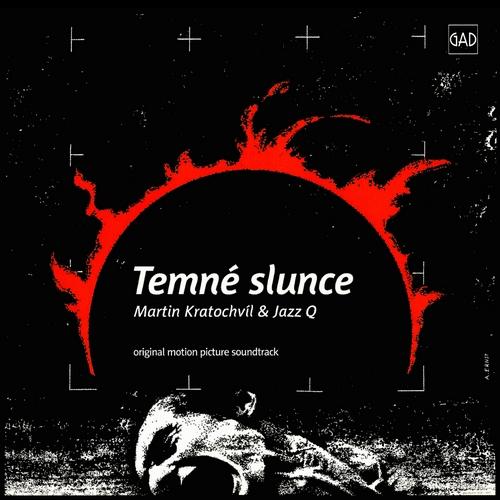 Temné Slunce (“Dark Sun”) represents an odd and previously unreleased gem in the Jazz Q discography, a motion picture soundtrack the band did in 1980, although much of what’s here seems like solo Kratochvil, heavily keyboard and electronic based vignettes fusing jazz and experimental ideas lasting only a minute or two. The main soundtrack involves the first 25 tracks on the disc, some being quite melodic, even catchy, with sparse instrumentation other than keys. Tracks like “Anči” and its follow-on “Týništĕ” are stunningly beautiful and melodic, arranged for keys, guitar and violin, and although the individual pieces are quite brief, these themes show up again throughout the soundtrack. Arrangements also include bass guitar and percussion, although make no mistake – this is not an album of rhythm heavy fusion like other Jazz Q albums of the same period, but a gentle take on that sound with synthesizer and electronics at the fore in most of the arrangements, and no drums for the most part. Guitarist František Francl is featured, as well as bassist Vladimir Padrunĕk, violinist Jan Hrubý, drummer / percussionist Libor Laun, and Joan Duggan, though her main role here is on harmonica on the bonus tracks instead of vocals. Some comparisons might be drawn with some of the less aggressive and more experimental work by Jan Hammer, Herbie Hancock, or even Joe Zawinul. Following the soundtrack, we have seven bonus cuts beginning with “Protest Song,” ranging from a brief thirty seconds to nearly seven minutes, some featuring vocals, and honestly, some of these sound like borrowed leftovers from an earlier, more bluesy Jazz Q era, but if you like their mid-70s albums like Symbiosis, these will be as valuable as the soundtrack itself.

Ahleuchatistas - On the Culture Industry & The Same and the Other – Of all the genre labels ever devised, math rock has to be one of the most annoying. It’s an insult both to rock and to math, and seems to me borne of two mistaken beliefs. First, that math is...  (2005) » Read more