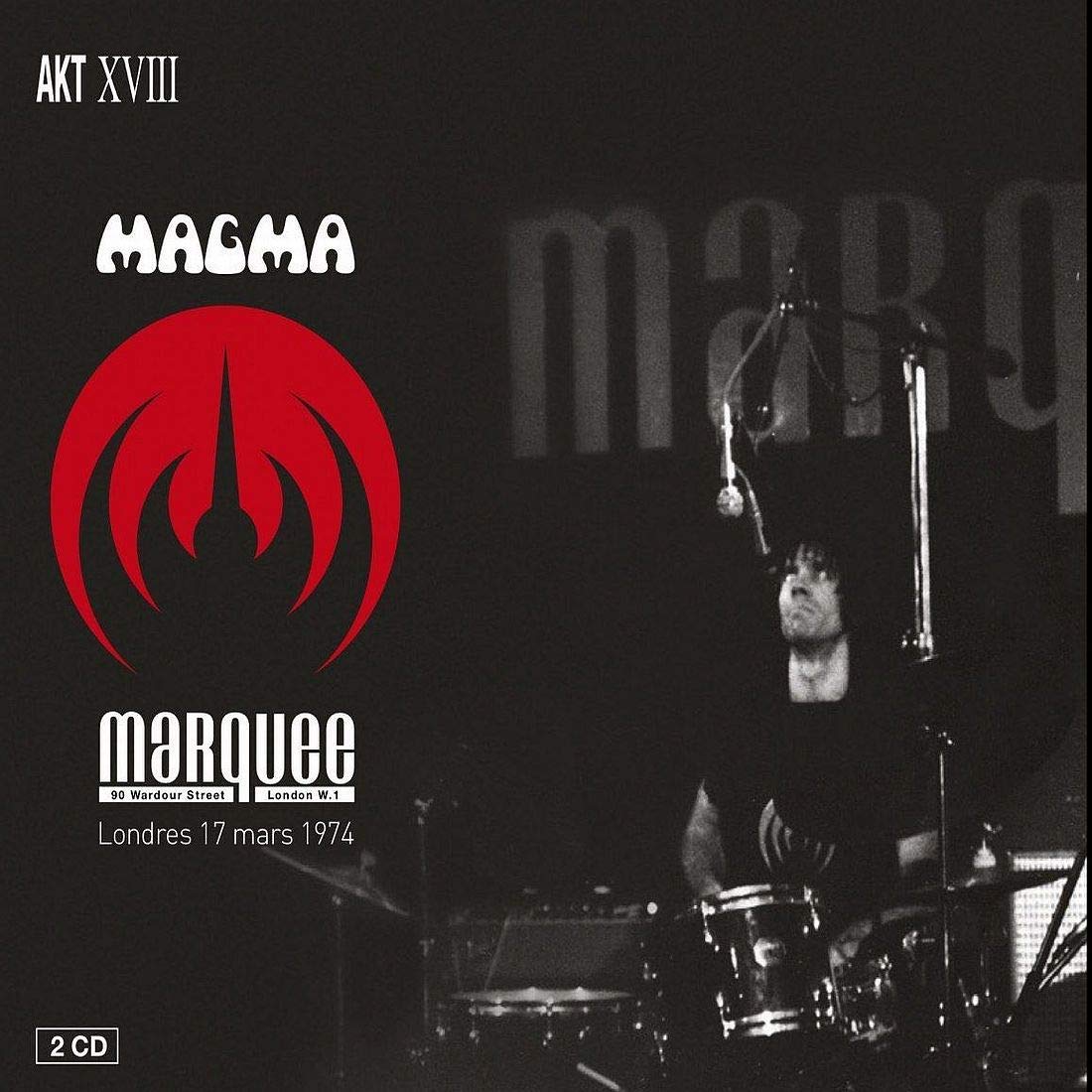 Any time Magma archival releases come out, yours truly is somewhere near the front of the line to make the purchase. I’ve heard enough bootlegs through the years, especially from this period, that I know it’s going to be worthwhile, and this 2CD set recorded at the Marquee Club in London in early ’74 is no exception. It’s In that sweet spot around the time of of Wurdah Ïtah but before the recording of the studio version of Köhntarkösz, and there is another great show from just a few days earlier BBC 1974 Londres (or Hallelujah if you have the widely distributed unofficial version) which represents versions of two of the tracks here recorded in BBC studios. But the release at hand, even though an audience recording (that means a couple morons at the next table won’t stop talking through the drum solo, but an otherwise fantastic recording) is the smokin’ hot full show from just a few days later. An early version of “Köhntarkösz” is the opener, still in its relative infancy, but amazing none the less. The quiet section that joins the two parts on the studio release isn’t quite here yet, and there are other parts that were apparently dropped from this early version and ended up on K.A., but it still clocks in at close to 26 minutes. From there we go to equally intense versions of “Sowiloï” and “KMX B XII Opus 7,” with the versions presented here far more engaging than those on Inédits. The remaining 25 minutes of disc one is an extended version of Christian Vander’s trademark drum solo “Ptah,” with all of its cyclical changes. The group at this point includes Jannick Top on bass, Claude Olmos on guitar, Gerard Bikialo and Michel Graillier on keyboards, and Klaus Blasquiz singing. The second disc opens with a 30 minute rendition of “Theusz Hamtaahk,” a magical piece which never received a studio release in its day, that slow angular buildup and march marred only by those folks at the next table, but by the ten-minute mark the volume is plenty loud enough to mask their conversation. And we close with one of the most intense versions of “Mëkanïk Dëstruktïẁ Kömmandöh” these ears have heard, comparable at least to the 20 minute excerpt “Mëkanïk Zaïn” on the Live album the following year. After 36 minutes of this, in the buildup to the closing manic frenzy, the listener will be gobsmacked, stunned and transported into a new dimension. That’s what Magma does to you.

Starcastle - Song of Times – The late bassist Gary Strater’s dream to create one more Starcastle record was realized in 2006 with help from his long time engineer friend Mark Rubel, along with old band members and friends. Many...  (2008) » Read more