Filmmaker Laurent Goldstein is passionate about the music of Magma, and finds it a sad state of affairs that there's never been a full length documentary about this band that invented a style all of its own. The Music of Magma - To Life, Death and Beyond is being made to fill that gap and spread the word of Christian Vander's work around the world. 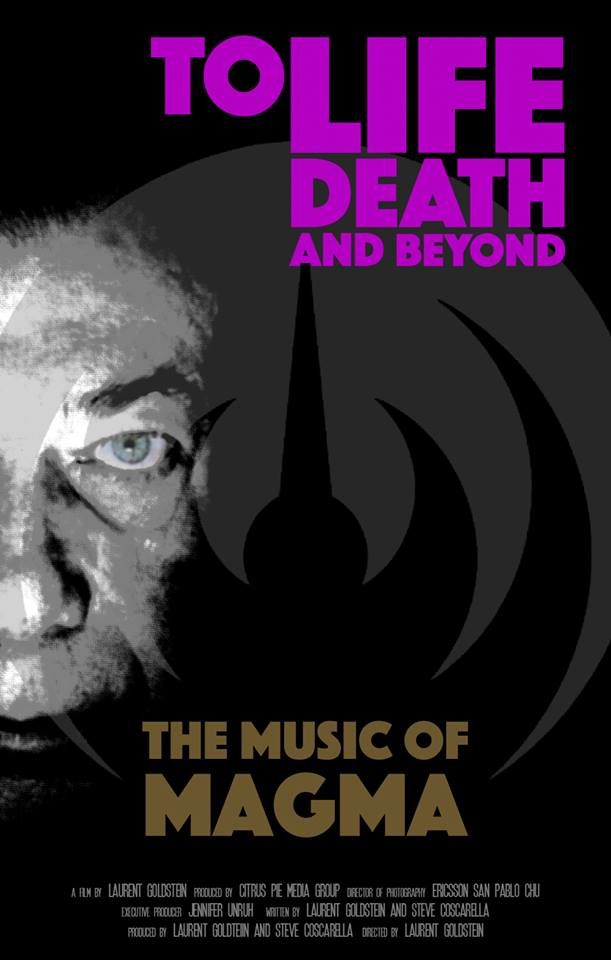 Filming is already in progress as Vander & Co. make their way across North America, but editing and post production will take a lot of money to result in a film of the quality this story deserves. It's being made with the full cooperation of Christian and Stella Vander (though they are not involved in the production), and will feature live footage of the band as well as interviews with prominent musicians about the importance and impact of Magma's music.

They've set up a range of donation levels, with some very special premiums for contributors. Check out the Kickstarter link for the full details as well as a few video clips.

From the pitch page:

For more than 40 years, Laurent Goldstein has been passionate about Magma and has worked toward getting them a wider recognition. Our vision is to get more people inspired by this music, a music and live performance that has the power to change lives for the better. Passion is communicative and the music of Magma has a force that burns within. We wish to connect the largest audience possible to experience Magma.

This is why we have decided to use crowd funding to finance our film. Doing the film outside the normal system, on our terms. And, in a way that maintains a direct relationship with Magma fans.

Update 1 April: The campaign, which was originally on IndieGoGo, has moved to Kickstarter.