One of the icons of heavy rock, Ian Fraser "Lemmy" Kilmister, lost his battle to cancer yesterday, 28 December, 2015. The 70-year-old bass player and singer was best known as the frontman for Motörhead, but played with a number of other bands during his long career. His aggressive style influenced generations of bassists around the world. 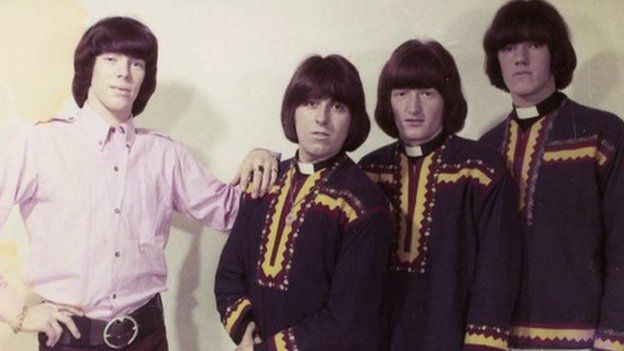 Kilmister was born on 24 December 1945 in Burslem, Stoke-on-Trent. He acquired the nickname Lemmy early on, but claimed to not know how it started. His journey in rock music started as rhythm guitarist with the Manchester band The Rockin' Vickers (also known as simply The Vickers), who released a few singles in the 60s.

In 1972 he was recruited to play bass in Hawkwind, and made his recorded debut with them on Doremi Fasol Latido. He stayed with Hawkwiind until 1975's Warrior on the Edge of Time, providing bass, vocals, and writing; he sang lead vocals on "Silver Machine," which has endured as one of Hawkwind's most famous songs.

After leaving Hawkwind, he formed Motörhead, which pursued a more aggressive sound and is seen as one of the innovators of heavy metal, especially the New Wave of British Heavy Metal. Kilmister always described the band's music as simply "rock and roll."

On 28 December 2015, four days after his 70th birthday, Lemmy died at his home in Los Angeles, California, at 16:00 PST from an "extremely aggressive cancer."

Stinkhorn - Tunguska – Back in #20 I reviewed the debut by this Seattle jazz group. I’m happy to say that this second release, Tunguska, is every bit as good as the first, and maybe better. Stinkhorn’s personnel and...  (2002) » Read more

Hereward Kaye - Golden Mile – Singer/songwriter Hereward Kaye is something of a mystery even in his homeland, the UK. The artist has crafted thirteen pieces somewhat reminiscent of Elton John's renaissance era with a style...  (2002) » Read more

The Underground Railroad - Through and Through – Kurt Rongey has finally found a group outlet for his advanced Canterbury and symphonic based ideas. Much like early Echolyn with Holdsworthian guitar blasts or similar to jazz inflected Scott...  (2000) » Read more