Sadly, Roky Erickson passed away on May 31, 2019. Known as the father of psychedelic music and co-founder of the ground breaking 13th Floor Elevators, Roky had a profound influence on music from the 60s to today. Plagued by his own personal demons, Roky had a difficult life and is now free of these burdens. 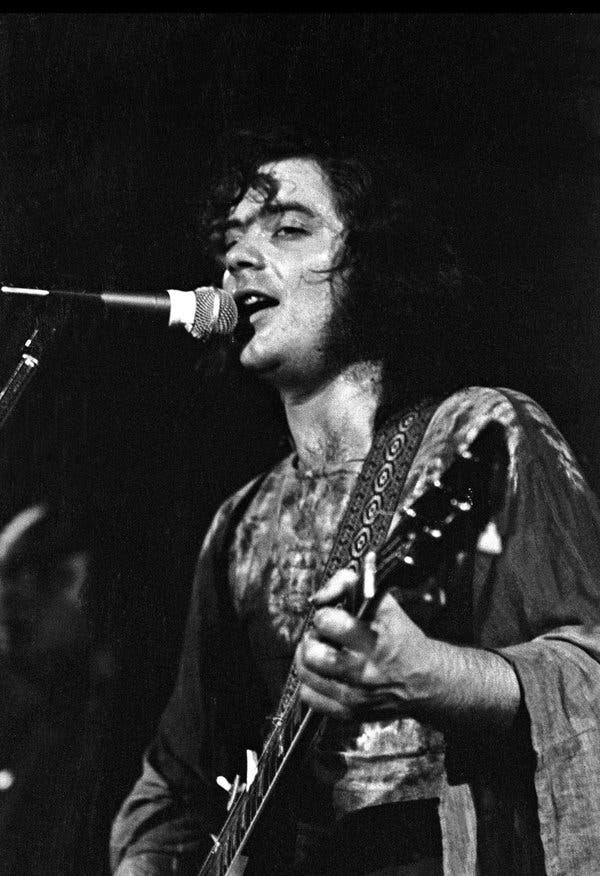 An official statement from Erickson’s management confirmed that he died in Austin but did not provide details.

“Erickson had a visionary zeal rarely seen in 1965 when he co-founded the 13th Floor Elevators. The band’s original songs, many written with lyricist Tommy Hall, coupled with Erickson’s super-charged vocals and guitar, sparked the psychedelic music revolution in the mid-1960s, and led to a new role of what rock could be. Erickson never wavered from that path, and while he faced incredible challenges at different points in his life, his courage always led him on to new musical adventures, one he continued without compromise his entire life."

FireMonkey - Puzzlebox of Antipop – This is essentially a one-man project operating in the same general realm as Bill Nelson: pop songs with elements of prog and avant thrown in. Lyle Holdahl is the man behind the monkey, covering...  (2006) » Read more

Tim Story - In Another Country – Story, probably better known for his more recent work on Windham Hill and Hearts of Space, released his first two albums on cassette in the early 80s. This, his second, finally received an LP release...  (1995) » Read more

Gwendal - Les Plus Belles Chansons de Gwendal – Gwendal are an amazing group and one of my favorites of the severely underrated French / Breton folk-rock scene. Unfortunately the distribution of any of their albums is uncommonly poor and it seems...  (1996) » Read more