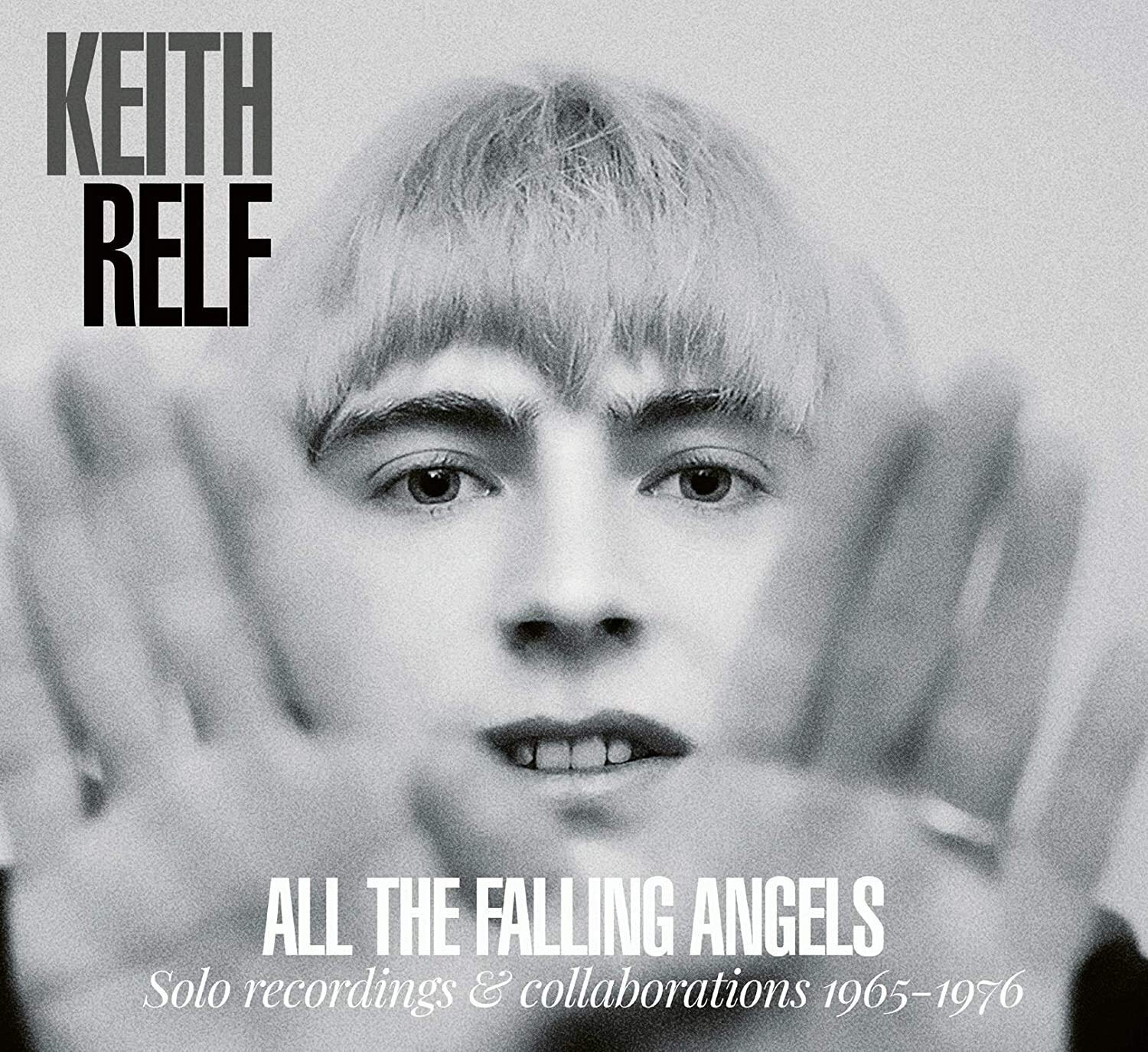 Most will know Keith Relf as the singer and harmonica frontman of the mighty Yardbirds for the entire duration of their six year run in the 60s. Others will know him as a founding member of the band Renaissance, or his mid 70s one-and-done band Armegeddon. All will agree that in he left this world too soon in 1976 at the age of 33. This archival release is subtitled Solo Recordings & Collaborations 1965-1976, and that pretty much outlines what is here in abundance. It all begins in 1965 while The Yardbirds are in California, and though Relf was a masterful blues singer, he was always personally drawn to folk music and having heard the Bob Lind song “Elusive Butterfly,” a minor hit at the time, Relf – wanting to launch a solo side career, took another one of Lind’s songs, “Mr. Zero,” and recorded it when he arrived back in England, released as a single with one of his own compositions, “Knowing,” as the B-Side, produced by Yardbird’s bassist Paul Samwell Smith. While that single failed to chart, and soon the band were making waves with “Over Under Sideways Down,” it wouldn’t be Relf’s last attempt at recording a single, in fact only a few months later in California he would record a second single, “Shapes in My Mind,” whitten and produced by then-Yardbirds producer Simon Napier-Bell. In fact there are a number of additional demos and BBC sessions from this period that are all included here. The next group of five tunes come from the duo of Relf and drummer Jim McCarty, collectively called Together from late 1968 after the Yardbirds had come to their end; of these five, only the single “Henry’s Coming Home” b/w “Love Mum and Dad” would see release in November 1968, but these would eventually lead to the formation of Renaissance the following year. During this period Relf and McCarty also worked on a soundtrack for a never-released film called Schizom, and several of the pieces they recorded for it are included here. Additional demos and outtakes from the early Renaissance period are here, plus several numbers that Relf recorded in the years that followed, including the nine minute “Sunbury Electronic Sequence,” which represents some of the experimental tape work that Relf was doing with his synthesizer. Following the demise of Armageddon, the members of the original Renaissance band, including Relf, began putting the band back together; unable to use the original band name, they chose the band name Illusion. The title track, here in demo form, was from this period, but sadly tragedy struck Relf before the band could reassemble. The tracks chosen here were compiled by Mike Stax of Ugly Things magazine, as well as the detailed story of the recordings and photos in the thirty page booklet. Overall, an outstanding collection and an excellent tribute to Relf’s solo and collaborative works outside of his better known bands.