Way back in the mid-60s there was a British band called The Tomcats, led by songwriters Tom Newman (also guitarist) and Peter Cook, along with drummer Chris Jackson and bassist Alan James. After merging with two members of another band, The Second Thoughts (guitarist Tony Duhig and percussionist Jon Field) and relocating to Spain to form The Tomcats Mk.II, they found some success, releasing half a dozen singles and an LP in 1966, mostly covers of popular hits of the day. By mid-1967 the band found themselves back in England amid a fast-changing musical landscape, and while Newman and Cook had formed a songwriting partnership, the band had splintered, going through a re-think as psychedelic rock began to sweep the planet. In 1967 Newman and Cook recorded a number of demos that would form the basis of the material that would appear in 1968 on the self-titled July album; those demos were released as The Second of July, and are included here in this set, showing a strong influence from Sgt. Pepper era Beatles, and Piper era Pink Floyd. After the demos were completed, Newman brought the Tomcats back together, now as July, but Cook, for whatever reason, was sidelined to songwriter status only. All of the songs on the July album were written either by Newman or Cook, save one song by Jackson. The album, released in 1968 and featuring a dozen tracks, is a masterpiece of British psychedelic rock of the era. The blending of Field’s percussion with Jackson’s drumming, along with Newman and Duhig’s guitars and an overall sense of experimentation and psychedelic production gimmickry, like Leslie-treated vocals and such, makes the album a powerful slab of period psychedelia. Standout tracks include “Jolly Mary,” “My Clown,” “Dandelion Seeds,” and “The Way.” The production on the album mirrors what Pink Floyd was doing at that time. Four singles were released as well, here appended to the mono version of the LP . The stereo version of the LP is included as well on a separate disc, though most will agree that the original mono version is superior. The album was released in England, Canada, the US, and several other countries, but failed to chart anywhere, which pretty much spelled the end of July until the album was rediscovered by collectors in the early 90s. Following July, Tom Newman became the house engineer at The Manor studios and worked with Mike Oldfield on his Tubular Bells album, before launching a solo career in the mid 70s which continues to this day. Tony Duhig and Jon Field launched their new band Jade Warrior in the early 70s which also continues, though Duhig passed in 1990. Alan James continued, working with Neil Innes, Cat Stevens, and others; Chris Jackson continued to drum professionally but maintained a lower profile post-July. 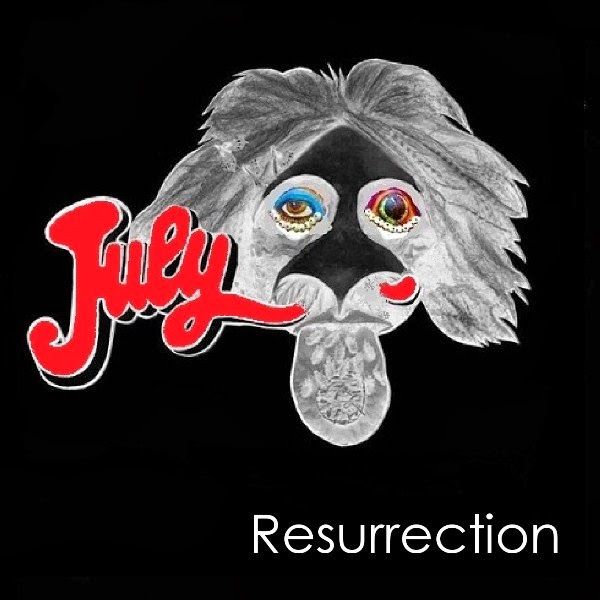 But the end wasn’t really the end at all. Interest from collectors prompted the album’s re-release on LP in 1987 as Dandelion Seeds, then a couple years later on CD as July, both raising awareness of the band, and in 1995 the aforementioned early demos collection The Second of July was released on CD. In 2009, four decades after their debut album sank without a trace, James and Jackson met up with Peter Cook at a party in London, and eventually tracked down Newman, who had moved to Ireland, with the idea of reforming the band. And so it was: they packed up for Newman’s studio in Ireland and began writing and recording a new July album, along with Newman’s son Jim on guitar, recording the album Temporal Anomaly, but it wasn’t to be, at least at that time, and it ended up on the shelf, its first release being disc 4 of this box set. The ten songs are quite good, again written by Cook and Newman, but the production is more contemporary than psychedelic, and the band was unhappy with it. Most of the songs on it were reworked in a more psychedelic style with several newly written tracks for the band’s 2013 album Resurrection, included here with a couple bonus versions of the song “Can I Go Back Again,” an interesting piece that was released as a single on Fruits de Mer, the lyrics completely taken from the lyrics of Beatles songs. It’s a powerful set, standouts being “A Day to Remember,” the strange, dreamy “Counting the Minutes,” and the harder edged “I’m Talking to You.” All taken, it was a triumphant return to form for July, and the band continued to gig sporadically for a period of time. Newman moved again from Ireland to the Isle of Wight, along with his recording studio, which ushered in the next phase of July. 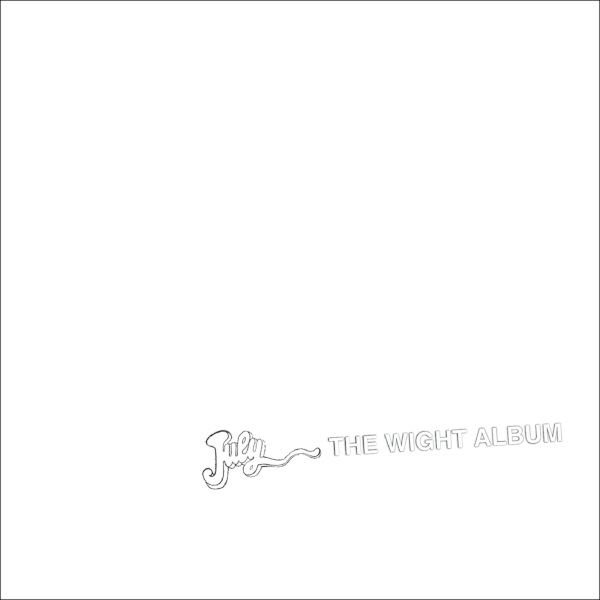 The band started working up a new set of 23 tracks, again mostly penned by Cook and Newman, which constitutes disc 6 of this set, titled The Wight Album, also released on a double LP in 2020. Again, it picks up where the previous album left off, though the production seems more purely strange than psychedelic. “The Devil Inside” makes a strong opener, other standouts include Alan James’ “The Traveller,” “Catchin’ Up,” the sitar-drenched “Henry’s Squirrel,” the brilliantly strange “Sophie,” and many more. Even though it's way too long – seemingly endless – it's still an fine album that earns its place alongside the previous releases.

The six discs herein, each with its own cover art, come housed in a clamshell box along with a 40-page booklet with the band's history detailed, many rare photos and artifacts, and every recording to date by July. An outstanding testimonial to the band that time nearly forgot.