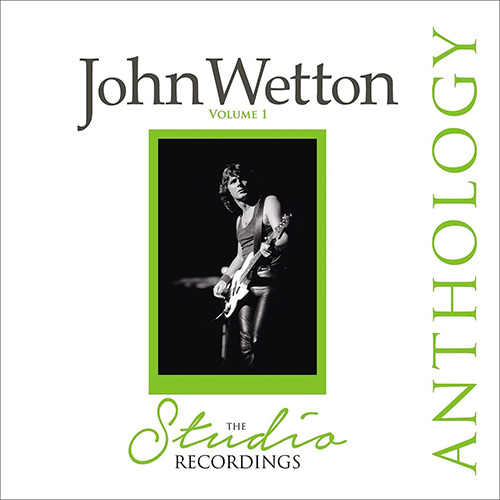 The release of this compilation of John Wetton’s solo studio work is likely due to his prior compilations, King’s Road (1990) and Anthology (2001), being out of print. Plus, he may have acquired the rights to these songs and is in a better position to profit from them. Fans of Wetton’s work with Asia and as a solo artist will be right at home among these two 32 song-stuffed disks. However, the “studio” part of the title omits his work with King Crimson and UK. Even the liner notes make pains to distance Wetton from his proggy past. So be it, but some of Wetton’s best work as a bassist and vocalist happened in those bands and to discount that part of his history is to leave the listener with an incomplete picture of the man’s talents. Instead we’re only able to appreciate Wetton’s uneven skills as a pop-rock songwriter. Songs like “Hold Me Now” and “Second Best” sound like refugees from the soundtrack to an 80s teen romance flick, while tracks like “Where Do We Go from Here” and “Say It Ain’t So” are indistinguishable from the melodic rock typical of Asia. The songs pulled from 1980’s Caught in the Crossfire and Wetton’s collaboration with Billy Sherwood, 2011’s Raised in Captivity, worked best for me. The writing and production are more potent and Wetton’s gifts as a singer and bassist are well represented. Interestingly Wetton admits his preference for 1994’s Battle Lines, though to my ears that material – suffused with Ron Nevison’s slick LA production – hasn’t aged so well. Still, despite the sense that most of the songs are at least 10 years past their expiration date, Wetton throws himself into every one. Hopefully this collection will bring this talented musician to the attention of a new generation of fans.