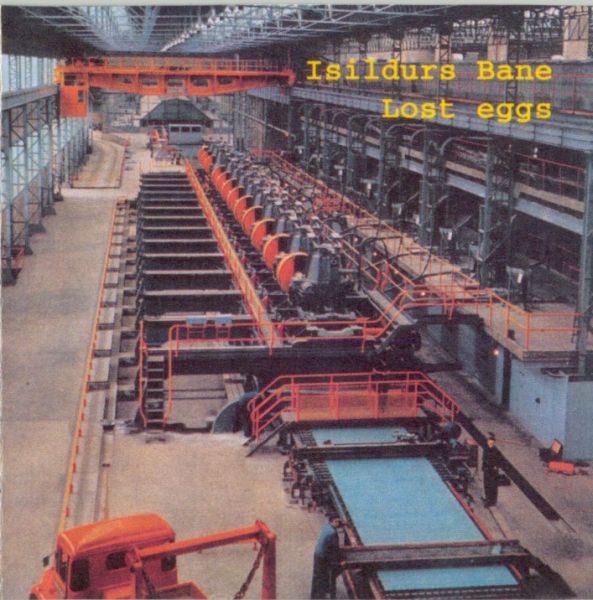 Although they take their name directly from the Tolkien novels, don't be too quick to write this band off. Lost Eggs is a compilation of material recorded from '76 to '93, spanning the history of this Swedish ensemble. While the lineup has certainly gone through many changes, keyboardist Mats Johansson's writing remains the driving force in the band throughout all these years. Stylistically, this is quite a mixed bag, as to be expected of a band whose history has been inconsistent to begin with. The opener, "Second Step," is a poppy and accessible instrumental which clearly defines the goals this band had in the late 80s. The earlier material ('78-'79) is much more in a symphonic/Genesis vein but it works extremely well (and actually predates their first full album by a few years). In particular, "Kungens musketörer" features a ripping Hammond solo that is sure to please most all fans of this genre. In general, the keyboard work on all tracks is far above average, and maintains the interest in even the (potentially) dullest tracks. While vocals are rarely used, they are in Swedish and vary in their effectiveness. The earlier 80s tracks represent the band moving into realms of jazz and fusion, with plenty of key and guitar solos, and even a few surprises like a well-done bass solo on "Delfinernas Trädgård." While not masters at the jazz/fusion realm, these are effective tracks that recall bands like Edhels and Minimum Vital to name a couple. While overall this is a very solid package, it is probably not the best place to start for people new to this band, but it is highly recommended to collectors. Beginners should seek out the first two albums by this band, Sagan Om Den Irländska Älgen and Sagan Om Ringen, which are available on a single CD.