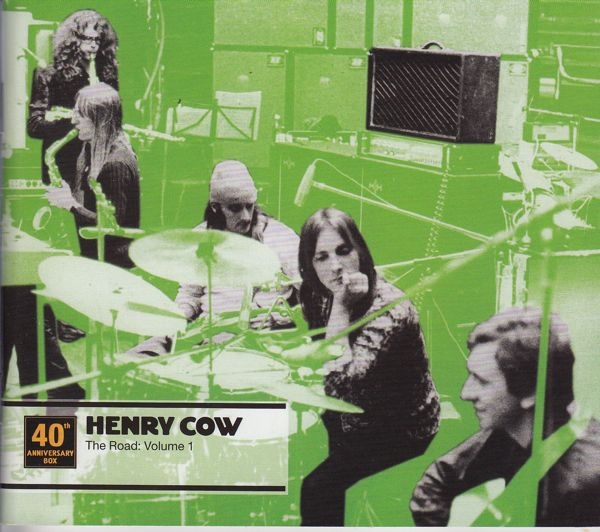 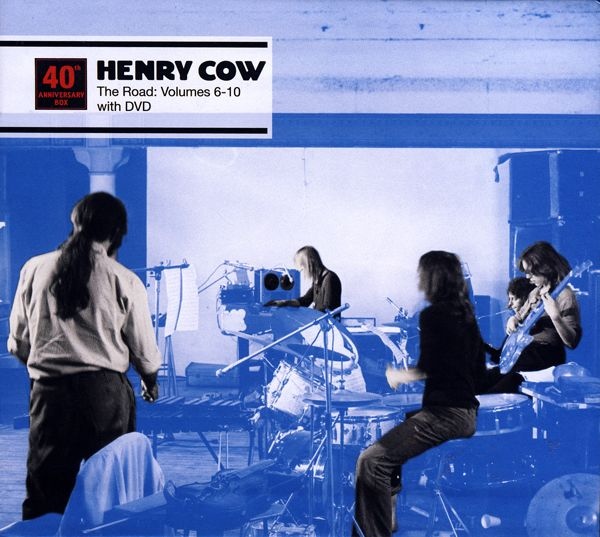 Even after 40 years it’s difficult to use the past tense when it comes to the work of Henry Cow. Its importance grows and influence continues to be felt. And while it’s absurd to add that “it always will,” for every practical purpose, it always does. Since the band ceased to practice, Frith’s work pursues vast, complex compositions, collaborative improvisation, convincing experimentation. Hodgkinson’s work embodies conceptually-driven avant garde in theoretical and rock forms. Cutler’s work reaches from RIO to the nearly delirious pieces of The Science Group. Cooper’s formal compositions place her much of work within the best examples of new music. And Greaves’ commitment to the song form demonstrates persistently high levels of craftsmanship and originality. Even considering the contributions of Slapp Happy and other collaborators, the varied strands that emerged from Henry Cow which are so recognizable today seem already present at the start, overt in their power under improvisation. This documentary effort underscores two points particularly unique to Henry Cow. First, there is no absolute version of any piece of music, and second, improvisation loops incessantly through the process of formal composition, shaping both. Music has been described as one of the best ways to experience time. As Chris Cutler writes, “Improvisation – when it works – is a vehicle for the transfiguration of time.” Examples of transfiguring our perceptions of time and music span two box sets, each comprised of five volumes and – if you jumped in as a subscriber – A cow cabinet of curiosities, 56 minutes of early demos, unidentified improvs and working versions of seven other pieces. Those early and live forms of pieces offer the typical opportunity to listen to the development of now familiar, highly composed works. Like the numbingly detailed exhumations of Gentle Giant’s Scraping the Barrel, the listener can simply plot the arc of evolving themes and their subsequent crawl to coherence. But unlike those more typical historical recoveries, the earliest incarnations of Henry Cow’s work arrive with a completeness and presence that does not diminish in comparison to later live or studio manifestations of the “same” piece, demanding that the listener comprehend the whole. The stunning humor, restlessness, juxtapositions, contrasts and reconciliations of these earliest pieces – “Teenbeat,” “Amygdala,” and “Citizen King” as only three examples from Volume 1 – tend to document what in the end are best understood as flexible environments, not just early versions. And while the audio quality of many of the live recordings varies, the quality of the work rarely does. Asking much of the listener, though never as much as it once asked of the artists themselves.

Despite the emphasis on “the road,” Volumes 1 and 2 are not purely live performance. Beginnings offers early demos and pieces, some of which do not resurface. The collaborations begin with Dagmar Krause and Robert Wyatt, showing up in performances from 1974 and 1978. Volumes 3-5 present Henry Cow in full flight: often extended, complex and wholly reorienting improvisations that range from four to nearly 50 minutes in length, with a few intriguing covers included. The thematic recurrences here arrive not just as phrases, but as processes, as recognizably distinct voicings and treatments appearing within vast sonic settings. (Wyatt’s “Little Red Riding Hood Hit the Road” almost comes off well; Kevin Ayers’ “We Did It Again” seems like a tongue-in-cheek closer). No particular string of adjectives will contribute much to what’s already going on here, or in the remaining volumes, which include the now benchmark performances in Bremen and the equally significant Stockholm and Göteborg shows. Volume 10 – a DVD of the 1976 Vevey performance – acts as an appropriate enough summa: hearing and seeing.

And, finally, reading. The booklets that accompany each box set provide the text of Henry Cow’s history and work, and an invaluable compass. The writing is articulate, honest, insightful and above all gives listeners something they rarely get with such candor and intelligence: the abstraction that is musical thought set within an articulated purpose, and set beside the realities of living as a practicing musician. The examples of artists living their work seems rare enough, especially when considering the sacrifice and effort required. The body of work attributable to Henry Cow builds the best case for making your art your way of life instead of a mere profession.