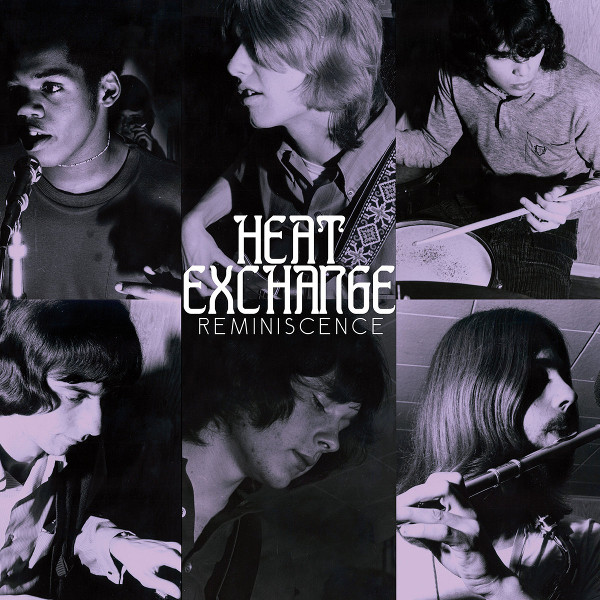 The Heat Exchange were a band from Toronto that began to generate some interest in the late 60s. They played a number of concerts and were pursued by RCA and eventually signed with Yorkville Records because they were given an offer they could not refuse. They entered the studio and began recording music with the intention of releasing an album. Yorkville started getting antsy, pressuring the band to release a single for FM airplay. So Heat Exchange wrote and recorded “Can You Tell Me” for the A-side and “Inferno” of the B-side. The single generated a bit of interest in Canada, but failed to chart. Then Yorkville pressured Heat Exchange for an AM single. So they wrote and recorded “Scorpio Lady” b/w “Reminiscence,” which did worse than their first single. As a final shot from Yorkville, Heat Exchange recorded a third single “She Made Me Alone” b/w “Philosophy” that did not do well at all. Given the poor reception of their three singles and loss of label support, Heat Exchange disbanded, and the tracks that they had worked on for their never-released album languished in obscurity until 2017, 45 years later. Since the band members had kept a copy of the master tape, Guerssen’s imprint label Out-Sider decided to release these tracks along with their three singles as Reminiscence. I do not understand the choice made for the track order (“For Those Who Listen” unreleased, “Inferno,” “Reminiscence,” “Can You Tell Me,” “Stopwatch” unreleased, “She Made Me Alone,” “Philosophy,” “Scorpio Lady,” “Scat” unreleased, and “Four to Open the Door” unreleased) as the sound quality of the first five songs is very muffled and I was getting ready write this band off, wondering why Guerssen even made the effort to release this disc. Then starting with the sixth track, the sound is much cleaner and when you get to “Scat,” its like, what happened? Is this the same band? All of a sudden the music becomes extremely interesting. And the closing track, the only instrumental on the disc, is outstanding. Across the songs are elements of psych, prog, Krautrock, and blues rock, plus a small bit of proto-punk on “Inferno.” I am reminded of Lava’s Tears Are Goin’ Home, Gorilla’s Creative Rock, Xhol Caravan, and the J. Geils Band in various places. But the mix on most of the tracks is such that everyone is mashed together, with only during the instrumental breaks that you can detect individual musicians. In fact, the Heat Exchange shines during these breaks. Reminiscence is a very uneven release. Perhaps a different song order would have been preferable, possibly engaging the listener from the beginning.

Various Artists - Psychedelic Underground 8 - 10 – One of the fundamental limitations of mining and other industries that rely upon non-renewable resources is that those resources will eventually run out. You would think the same rule would apply to...  (2005) » Read more