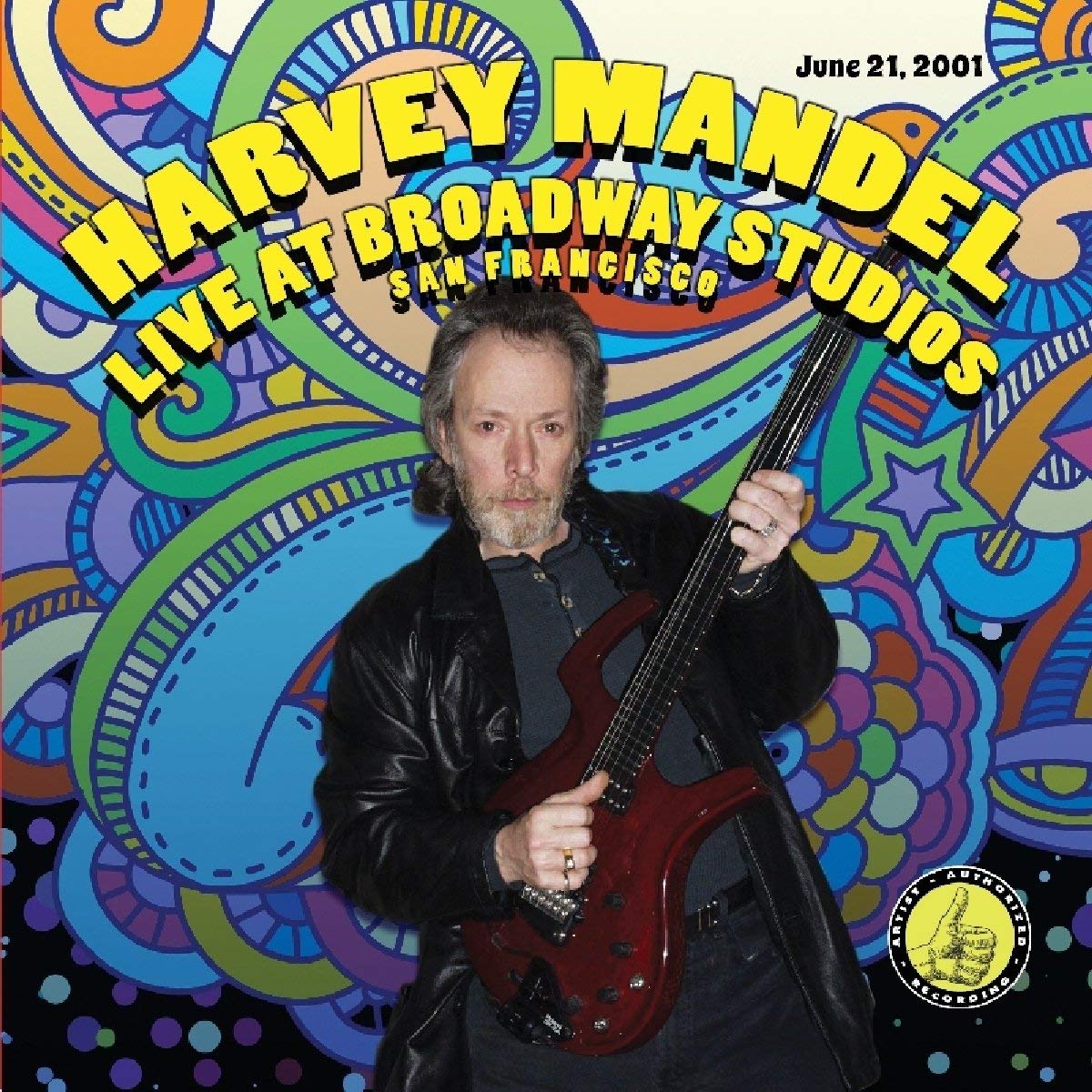 Rock Beat Records is digging up some great shows to release from the vaults of time, like the Paul Butterfield Live in New York 1970 show that I reviewed about six months back, and a double disc set of The Electric Flag, Live from California 1967-1968 with great sound, and many more I have yet to hear. The album at hand by the eclectic and versatile guitarist Harvey Mandel was recored live in San Francisco at Broadway Studios on June 21, 2001, on one of his many tours passing through, where he made a name for himself back in the late 60s, fresh from the blues circuit in Chicago with Charlie Musselwhite and Barry Goldberg’s Reunion. This is a solid recording, featuring a great backing band including drummer John Vlen, bassist Joe Devito, and keyboard player Dave Scott. This all-instrumental show doesn’t coincide with any studio albums, it’s about four years after his last album, Planetary Warrior, and the set features one of its finest cuts “Emerald Triangle,” also “Midnight Sun” from Baby Batter, from Snakes and Stripes we have “The Bud Monster” and from The Snake we have the album’s title track. Three of the cuts performed, which account for over 30 minutes of the playing time, are classics revisited from his 1968 debut Cristo Redentor, including the title track, “Before Six” which opens the show, and the closer, a fourteen minute version of “Wade in the Water,” the latter two being cover tunes that over the years Mandel has made his own. There are several tunes in the set that appear on none of his studio releases, and one of the most interesting of these is simply titled “Experimental Song,” a powerful and funky guitar workout that may have ended up as parts of other tunes in the future, but at this point it simply is what it is, and it’s a fine example of Mandel’s innovative approach. The recording is for the most part superb, although on the early tracks the bass is a smidge too far up in the mix. It’s something one gets used to after a couple listens, and Mandel’s guitar cuts right through it all like a sharp knife anyway. It’s great to hear Mandel doing what he does best in a live setting.