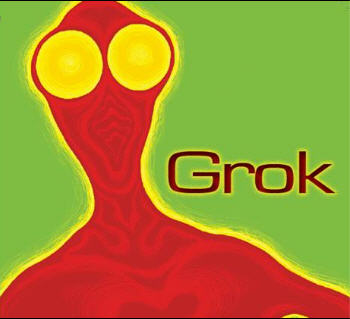 Grok was (and still is) a Baltimore based band that never got signed during their original run in the early 70s, but nonetheless made numerous demo recordings which are all remixed and included here, and for good measure, this anthology includes both sides of an early single by the pre-Grok band The Verdicts from 1964. The band’s membership included guitarist / keyboardist / singer / songwriter J.P. Graboski, better known from the (later) progressive rock band Oho, and multi-instrumentalist (guitar, banjo, bass, harmonica, percussion and vocals) Dale German, along with bassist Robert “Boz” Funk, and drummer Don Henritz. In addition the band had two dedicated vocalists, Collette Kelly and Bill Joy, the latter responsible for a fair amount of the material here. The songs here span fifty years, and as such are all over the map as the band tried various styles, although the core material from 1972 to 1973 is mostly in a progressive hard rock and bluesy sound with some elements of country, folk, and novelty songs thrown in to the mix, even their take on a Pepsi commercial! (don’t laugh, their version of “The Pepsi Generation,” tacked onto the end of “Insanity” rocks hard and deserves a lot of respect). Many of the songs are typical-of-the-time power guitar driven psychedelic pieces, impeccably performed with a trademark vocal harmony style occasionally similar to, but pre-dating that of the early material by The Tubes. One of a couple forays over to the country music side is the barroom ballad “Is Anybody Drinkin’ But Me?,” but it shows that Grok was a capable unit and wasn’t averse to experimenting with other styles. Two of the collection’s numerous standouts are “That She Is You,” a Byrds-ish piece with its memorable and catchy melodic figure, great harmonies, and bridge section near the end for banjo and ripping guitar lead, and one of the album’s only live cuts “The Lady and the Serpent,” which recalls the style of prime era Youngbloods to a degree, but then launches mid-song into a lengthy proggy section that alternates back and forth between folky HP Lovecraft-like introspectiveness and west-coast QMS style psychedelic rock, clocking in at over fifteen minutes complete with extended drum solo. The one song from 2014, “C.R.S.” (as in “Can’t Remember Sh..”) is a novelty piece about forgetfulness, that common condition that afflicts many of us in old age. "Spider Lady" is a monster blues-rock piece that coulda-been / shoulda-been a classic. The Verdicts’ songs that date back to the mid-sixties are pushed all the way out to the end of the disc; they are very typical of the sound of that post doo-wop and surf, pre-psychedelic era that existed alongside, but was somewhat overshadowed by the British invasion led by the early Beatles and Stones. There’s a lot of great material here, but like I said earlier, it’s all over the map. Approach with an open mind.